Russia redeploys troops from occupied territories of Georgia to Ukraine 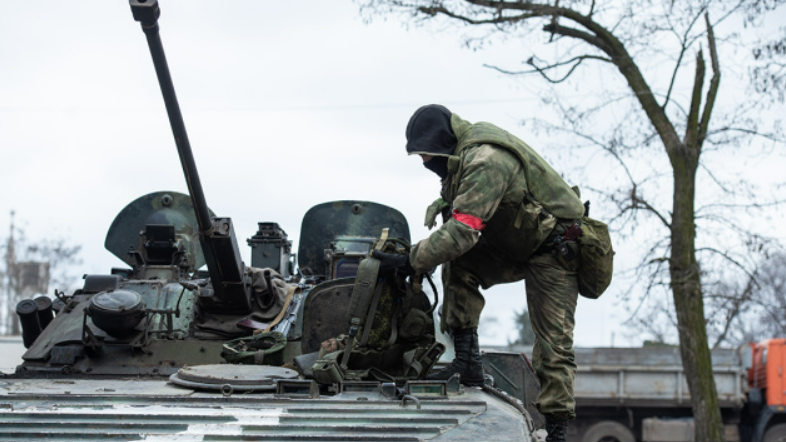 In order to staff its armed forces, Russia redeployed troops from bases in the occupied territories of Georgia to Ukraine.

“In order to staff the armed forces of the Russian Federation, the units of the 4th (Tskhinvali district, South Ossetia) and 7th (Abkhazia) military bases, which are part of the Southern Military District, were redeployed from the occupied territories of Georgia to Ukraine,” the General Staff of the Armed Forces of Ukraine posted on Facebook.

According to the General Staff data, three battalion tactical groups (BTGs) with a total number of up to 1,200 Russian and Ossetian servicemen were formed and sent to Ukraine from the 4th military base. Two BTGs were formed of the 7th military base units, numbering about 800 people.

The General Staff of the Armed Forces of Ukraine notes that the Russian armed forces continue to experience staffing problems. In particular, servicemen of the 26th Tank Regiment of the 47th Tank Division, who signed contracts, began to file reports after they had participated in the war against Ukraine, requesting to terminate the contract and send them to a permanent location for further service.

It is also reported that the Joint Forces in Donetsk and Luhansk regions repulsed four attacks by the Russian occupiers over the past 24 hours. Ukrainian soldiers destroyed seven tanks, seven armored vehicles, two vehicles, and an anti-tank gun. The enemy suffered manpower losses.

The United States, the European Union, and other countries have imposed sanctions on Russia as an aggressor whose international isolation is growing every day.