Zelensky calls on Norway to help Ukraine with weapons 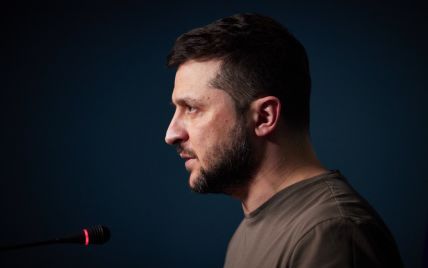 Ukrainian President Volodymyr Zelensky has called on Norway to help Ukraine with anti-ship weapons and air-defense systems to protect the freedom and security of Ukrainians and the entire Europe.

The relevant statement was made by Ukrainian President Volodymyr Zelensky during his speech in the Norwegian Storting.

“Freedom must be armed no worse than tyranny. I will be very specific in these walls, in your walls. Believe me, we are losing specific people, specific cities are being destroyed. So I want to make it clear what we need. In particular, anti-ship weapons – Harpoon missiles, as well as air-defense systems – NASAMS. In addition, we need weapons to destroy armored vehicles and artillery systems,” Zelensky said.

The President of Ukraine expressed gratitude to Norway for the tangible support they had already given to Ukraine, including weapons. Meanwhile, Russia is sending new forces to the Ukrainian land to continue destroying the Ukrainian people.

According to Zelensky, the columns of Russian armored vehicles are not decreasing. Although Ukrainian defenders have already destroyed more Russian tanks and other combat vehicles than Moscow has lost in any war in the last 50 years.

“All the weapons you can help us with will be used only to protect our freedom, your freedom. Only to protect the freedom and security you enjoy with other Europeans,” Zelensky stressed.

The President of Ukraine noted that Russian missiles and air bombs hit Ukrainian cities and civilian infrastructure every day and night. There are no forbidden targets for Russian troops. They attack everything. They attack hospitals and airports, food warehouses and residential areas.

A reminder that, on February 24, 2022, Russian President Vladimir Putin initiated a full-scale invasion of Ukraine, starting a war. Russian troops are shelling and destroying the key infrastructure facilities, launching missile and air strikes on Ukrainian cities and villages, killing civilians.