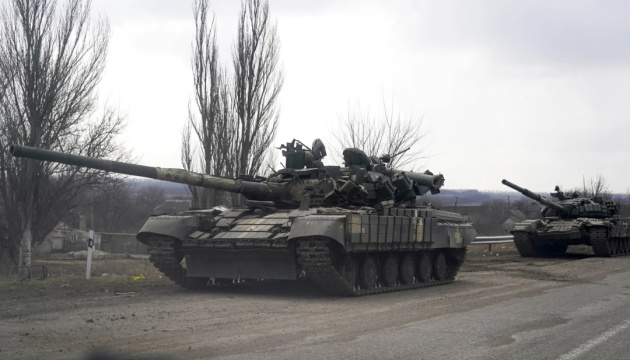 Russia has begun recruiting units of its troops based in Moldova’s Transnistrian region to carry out provocations on the border with Ukraine.

The General Staff of the Armed Forces of Ukraine announced this on Facebook.

As of 06:00 on April 2, the Russian armed forces continued their armed aggression against Ukraine.

The withdrawal of enemy units in some areas was recorded, probably in order to strengthen the grouping of occupation forces for further offensive operations in the Slobozhansky, Donetsk and Luhansk areas.

It was also established that the enemy intensified work with so-called “volunteers.”

According to the General Staff, on April 1, the Russian Defense Ministry decided to hold a military meeting with reservists from April 4 to May 23 this year.

At the same time, work has been intensified to involve units of Russian troops deployed in Moldova’s Transnistrian region to carry out provocations on the border with Ukraine.

The redeployment of units of the Russian Federation and the so-called Pridnestrovian Moldavian Republic was also recorded in order to prepare for a demonstration of readiness for the offensive and, possibly, hostilities against Ukraine.

According to the General Staff, Russian troops continue to suffer significant losses in the Luhansk region. In the city of Alchevsk, about 30 Kadyrov fighters wounded in the area of hostilities near Popasna were admitted to a local hospital. There is evidence that the invaders leave the dead on the battlefield.

Military personnel losses in the units of the so-called 2nd Army Corps amounted to about 800 people over the past week.