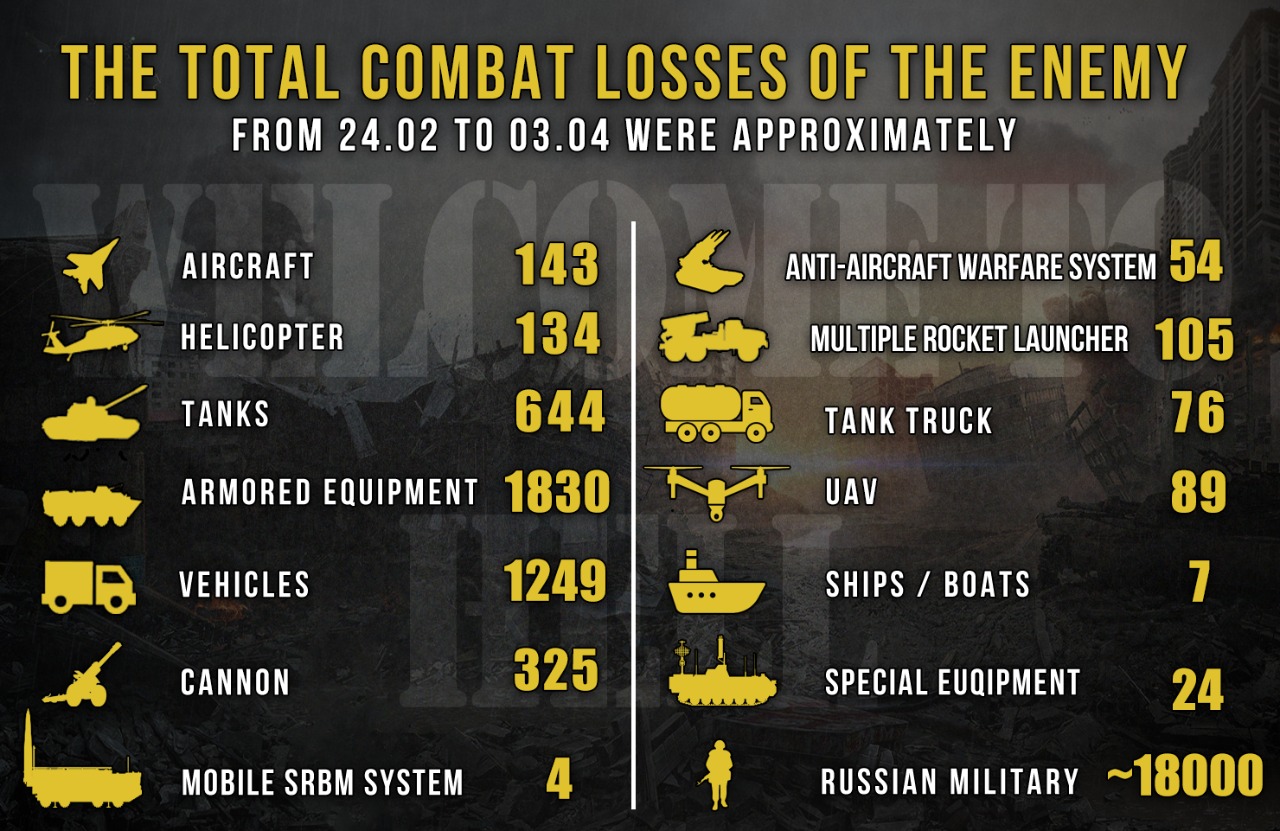 From February 24 to April 3, the total combat losses of Russian troops stand at about 18,000 personnel.

The General Staff of the Armed Forces of Ukraine wrote this on Facebook, Vigilant reports.

It is noted that the data on enemy losses is being updated, as the calculation is complicated amid highly intense hostilities.