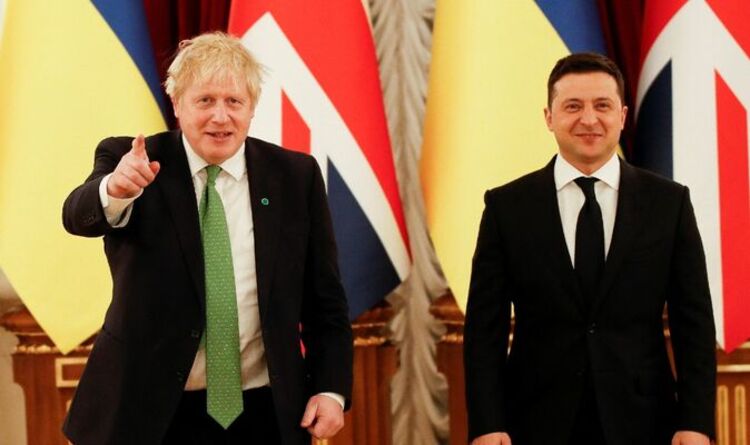 British Prime Minister Boris Johnson said his country would increase sanctions on Moscow and bolster military aid to Ukraine following “despicable attacks against civilians” by Russia in Bucha and Irpin near Kyiv.

“I will do everything in my power to starve [Russian President Vladimir] Putin’s war machine,” Johnson said in a statement on April 3.

“We are stepping up our sanctions and military support, as well as bolstering our humanitarian support package to help those in need on the ground,” he said.

Johnson, who has taken a tough line against Moscow following its unprovoked attack on Ukraine, said the deadly attacks near Kyiv were evidence that Russia was committing war crimes in Ukraine.

Russia denied allegations that its forces were involved in the killing of civilians in the town of Bucha near Ukrainian capital amid an international outcry accusing Moscow’s forces of atrocities in the Kyiv area and elsewhere in Ukraine.