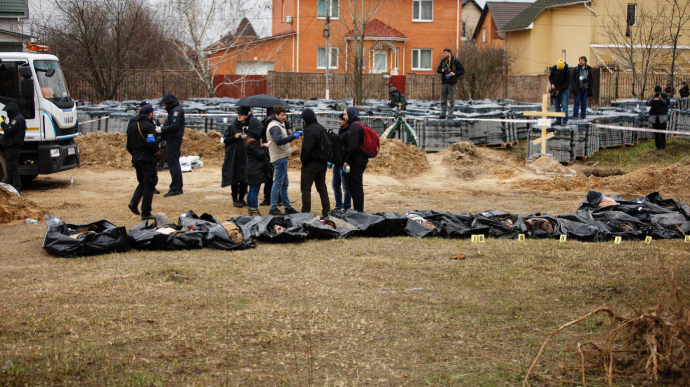 The Russian President has awarded an honorary “Guards” title to the 64th brigade of the Russian armed forces that temporarily occupied Bucha, near Kyiv, in March 2022, for “exemplary actions” in the war against Ukraine.

Quoting the decree: “For the mass heroism and valour, fortitude and courage shown by the personnel of the brigade in military action to protect the Motherland and state interests in the context of armed conflicts.”

Details: Putin signed the decree to award the honorary title to the separate 64th Motorised Brigade after it had withdrawn from the Kyiv region. He also noted in the decree the “exemplary actions” of the brigade’s personnel in the course of the war against Ukraine.

The brigade is a division of the 35th General Army of the Eastern Military District and is permanently based in Khabarovsk Krai.