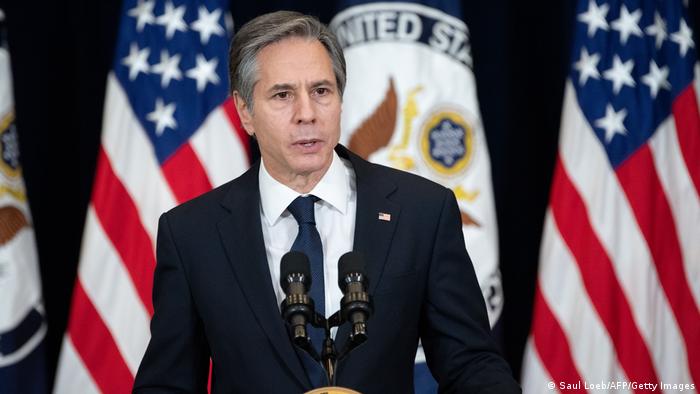 U.S. Secretary of State Antony Blinken and U.S. Secretary of Defense Lloyd Austin have pledged more than $700 million in additional direct and indirect military aid for Ukraine on the first visit to Kyiv by high-level American representatives since Russia invaded.

About half of the money will go to Ukraine, with the remainder to be split among NATO members and other regional allies.

In addition, Washington will sell $165 million worth of ammunition to Kyiv, said the American officials, who met with Ukrainian President Volodymyr Zelenskiy immediately after their arrival in Kyiv late on April 24.

The trip, which Washington confirmed only after the two had left Ukrainian territory, came as the war enters its third month.

After the secrecy-shrouded visit to Kyiv, Blinken said Russia is failing in its war aims and “Ukraine is succeeding.”

Blinken, speaking to reporters near the Polish-Ukrainian border, said he and Austin traveled by train from Poland into Ukraine.

He said the visit to Kyiv was an opportunity to directly demonstrate “our strong ongoing support for the Ukrainian government.”

Austin, in turn, said the visit to Kyiv was “very productive, very engaging.”