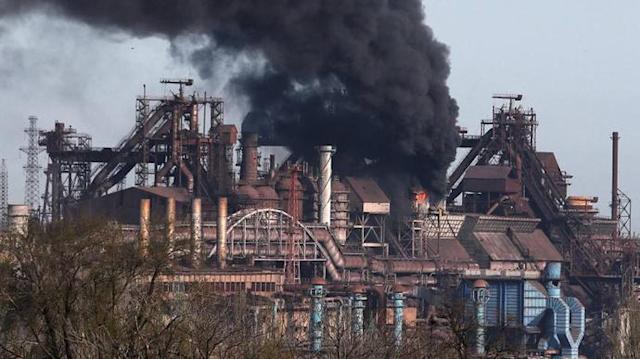 20 civilians, including women and children, have been evacuated from the Azovstal steel plant in Mariupol, which has been destroyed by Russian shelling.

“As of 19:40, we have transferred 20 civilians to the agreed place, who were rescued from the rubble. They are women and children. And we hope that these people will be carried to the agreed direction, namely to Zaporizhzhia, to the territory controlled by Ukraine,” he said.

According to him, last night the enemy artillery fired on the territory of the plant, causing new destruction and damage. The “ceasefire” did not start at 06:00, as promised, but at 11.00. The evacuation convoy arrived only at 18.25, although it had to arrive at 06.00.

Palamar said that the servicemen of the Azov Regiment are continuing the rescue operation, removing civilians out of the rubble with ropes: the elderly, women and children. Ukrainian fighters hope that all civilians will be evacuated.

At the same time, Palamar stressed that for unknown reasons the issue was not raised about the evacuation of the wounded servicemen who need of urgent medical care.

“I emphasize that we ask to guarantee the evacuation of not only of civilians, but also of our wounded servicemen who need medical care,” he said.

As reported, Russian troops have caused a major humanitarian catastrophe in Mariupol. The invaders are bombing unarmed residents and blocking humanitarian aid.