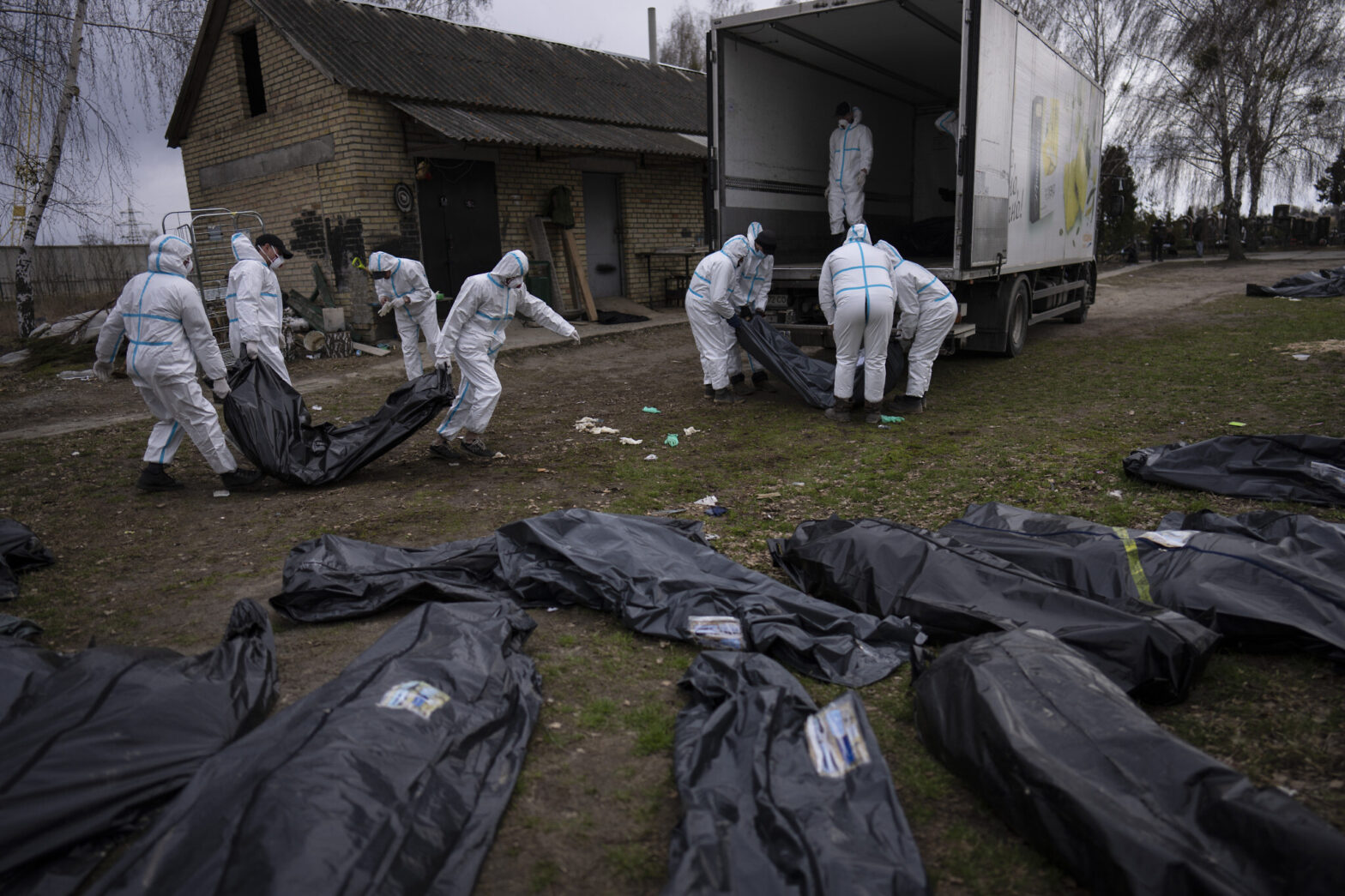 KYIV — Ukrainian Prosecutor-General Iryna Venediktova has announced the name of the first Russian soldier suspected of killing civilians in the town of Bucha near Kyiv during weeks of occupation.

Venediktova said on May 2 that that the suspect was the commander of a unit of Russia’s National Guard, Sergei Kolotsei.

“Prosecutors of Bucha have established that this very military serviceman killed four unarmed men in Bucha on March 18,” Venediktova wrote on Facebook, including the suspect’s photo in the post.

“He also tortured another civilian on March 29, forcing him to confess to saboteur activities against Russian troops.”

According to Venediktova, Kolotsei forced a pro-Ukrainian civilian into a basement, where he beat him with his fists, an assault rifle, and a knife handle.

“The man was then taken to an execution site, where he went through mock execution as a gun was shot near his ear,” she said. “Especially horrible type of humiliation and intimidation of the victim was forcing him to sniff a dead human body.”

Kolotsei has been officially informed that he is a suspect, Venediktova said. However, her Facebook post did not say that formal charges had been filed.

Last week, Venediktova identified 10 soldiers of the 64th Mechanized Infantry Brigade of the Russian armed forces, saying that they were suspected of “cruelty toward civilians and other war crimes,” adding that Ukrainian investigators continued to gather evidence and those named were just the first.

She also said at the time that investigations were under way to find out if the 10 Russians took part in the killing of civilians in Bucha.

Meanwhile, a spokesman for the Ukrainian Security Service (SBU), Artem Dekhtyarenko, said on May 2 that, in all, the SBU had identified almost 900 Russian soldiers and 100 collaborators suspected of committing crimes against civilians in the Kyiv region during the weeks of occupation.

Dekhtyarenko said SBU investigators had questioned some 7,000 witnesses of “war crimes” committed by Russian troops in the region. The SBU has set up a hotline for people who witnessed such crimes and want to testify.

The retreat of Russian forces from Bucha and other towns near Kyiv revealed harrowing evidence of brutal killings, torture, mass graves, and the indiscriminate targeting of civilians in the fighting, prompting calls from several countries, as well as the United Nations and the International Criminal Court (ICC), for investigations to determine whether war crimes were committed.