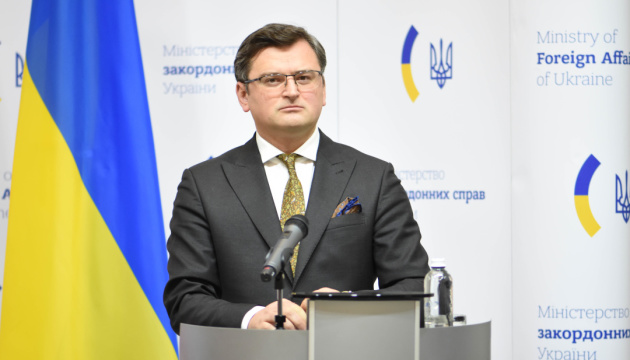 Ukrainian Foreign Minister Dmytro Kuleba has called on the international community to respond to Russia’s missile terrorism with increased sanctions and heavy arms supplies to Ukraine.

The relevant statement was made by Ukrainian Foreign Minister Dmytro Kuleba on Twitter, an Ukrinform correspondent reports.

“Russia struggles to advance and suffers terrible losses. Thus the desperate missile terror across Ukraine. But we are not afraid and the world should not be afraid either. More sanctions on Russia. More heavy weapons for Ukraine. Russia’s missile terrorism must be punished,” Kuleba wrote.

A reminder that, on May 3, 2022, the Russian military launched 18 cruise missiles on different regions of Ukraine. Eight missiles were shot down by the Ukrainian anti-aircraft defense units.