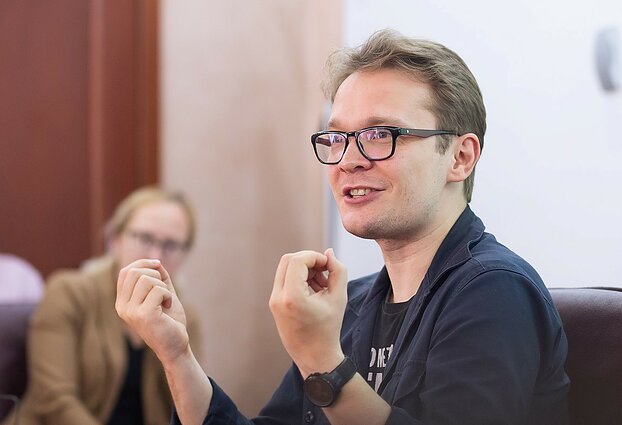 Exiled journalists from the independent Russian newspaper Novaya gazeta — which suspended operations after receiving warnings from Russian authorities — have launched a new publication in Latvia.

The first issue of Novaya gazeta.Europe appeared on newsstands in Riga and on the Internet on May 6. It is published in cooperation with a Latvian publishing house by editors of the paper who fled abroad.

The issue appeared in both Russian and Latvian and reported extensively on Russia’s war in Ukraine.

The editors said the publication was designed to hit newsstands in the run-up to the May 9 Victory Day celebration in Russia. Its future print publication schedule is uncertain.

“If our readers like what we do and support us, we will consider publishing a weekly print edition of Novaya gazeta,” said Kirill Martynov, who leads the new publication.

“I hope that copies of the newspaper will find their way into Russia, even illegally,” he added.

The Moscow-based newspaper, which was edited by Nobel Peace Prize winner Dmitry Muratov, said on March 28 that it was suspending operations after receiving warnings from the state communications regulator.

The Rigas Vilni publishing house, which is the newspaper’s publisher, said Novaya gazeta.Europe “is a publication created by free Russian journalists who were forced to migrate.”

“It is their independent point of view on the events of the war in Ukraine and developments in Russia,” it added.

Meduza, another independent news website, has been operating in Riga since 2014 to escape the control of Russian authorities.