Russian invaders may plot acts of sabotage at chemical facilities 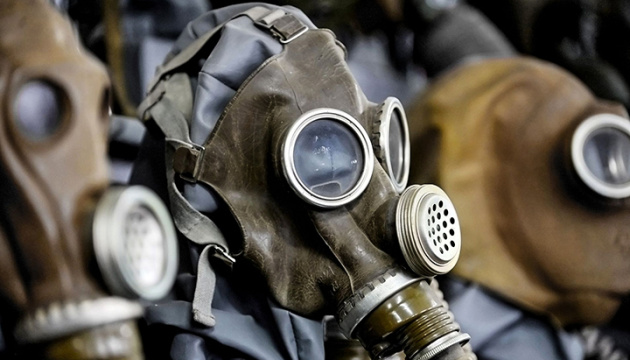 Russian invaders may conduct the acts of sabotage at the Ukrainian chemical industry facilities to further accuse the units of the Armed Forces of Ukraine of them.

This is stated in the report released by the General Staff of the Armed Forces of Ukraine on Facebook as of 06:00 on May 10, Vigilant reports.

The enemy carries out offensive operations in eastern Ukraine in order to establish full control over the territory of Donetsk and Luhansk regions and maintain a land corridor between these territories and the temporarily occupied Crimea.

The enemy focuses the main efforts of the aviation group on supporting the activity of units in the eastern operational zone: in Slobozhansky, Donetsk directions and in the area of ​​the Azovstal steelworks.

Artillery is fired along almost the entire line of contact.

There is a high probability of missile strikes on civilian and military infrastructure throughout Ukraine.

As noted, Russian invaders may conduct acts of sabotage at the Ukrainian chemical industry facilities to further accuse the units of the Armed Forces of Ukraine of them.

In Volyn and Polissia directions, the enemy did not take active action. No signs of the formation of offensive groups were detected. Certain units of the Belarusian Armed Forces shield the Ukrainian-Belarusian border in Brest and Gomel regions.

In Siversky direction, the enemy continues to guard the Ukrainian-Russian border in Bryansk and Kursk regions. The Russians fired MLRS on ​​the border settlements of Velyka Pisarivka, Bilopillia, Krasnopillia, and Yunakivka in Sumy region.

In Slobozhansky direction, the enemy keeps certain forces and means of air defense in Belgorod region on full combat alert. The invaders continue to focus efforts on the defense of the occupied borders to prevent Ukrainian troops from advancing towards the state border of Ukraine and conduct air reconnaissance.

In Izium direction, the enemy replenished ammunition, fuel, and logistics. The enemy continues to prepare for offensive operations in the areas of Lyman and Sievierodonetsk. Fighting continues for the settlements of Voyevodivka, Toshkivka, and Nyzhne of Sievierodonetsk district of Luhansk region, as well as Kamyanka of Yasynuvata district of Donetsk region.

In Mariupol, the enemy continues to destroy the infrastructure of the Azovstal steelworks with artillery and air strikes. Fighting is ongoing.

The enemy did not conduct active hostilities in the Southern Buh direction. The invaders shelled the units of the Armed Forces of Ukraine and prepares for the resumption of assault operations to improve their tactical position.

On February 24, Russia launched a new stage of the eight-year war against Ukraine – a full-scale offensive. The enemy massively shells and bombs peaceful Ukrainian cities, towns, and villages. The Armed Forces, the Territorial Defense Forces and the entire Ukrainian people effectively resist the Russian troops and inflict heavy losses on them.