Nominee To Be U.S. Ambassador To Ukraine Receives Bipartisan Support In Confirmation Hearing 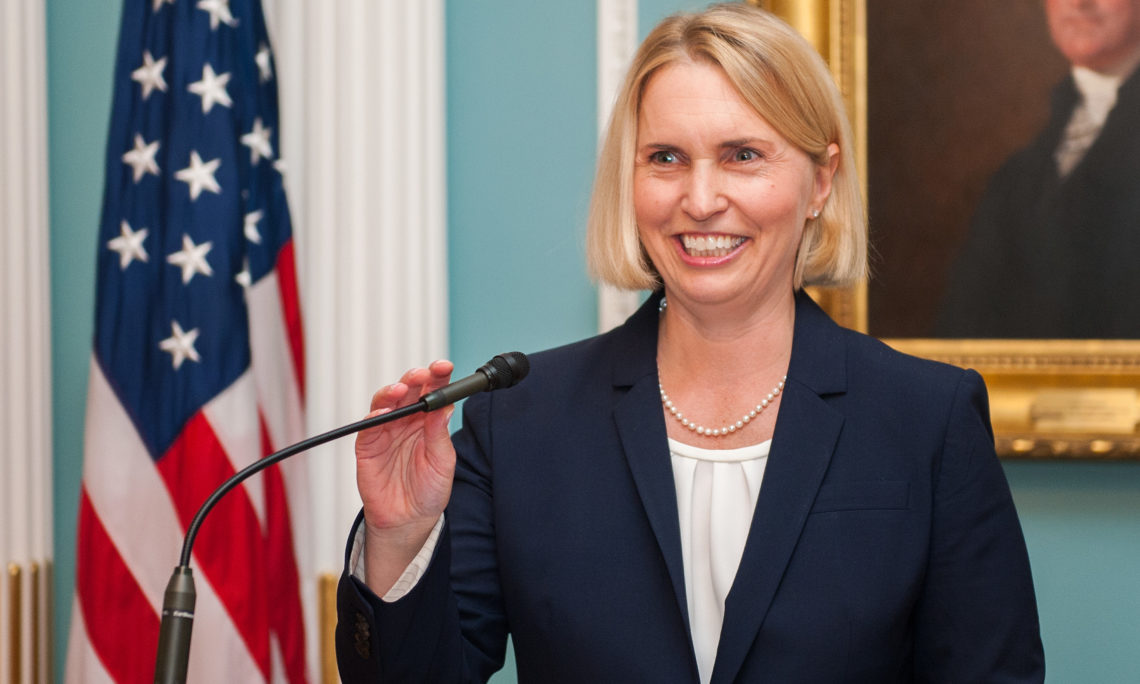 President Joe Biden’s nominee to be U.S. ambassador to Ukraine said she would work to coordinate the shipment of weapons and security items to Ukraine if confirmed by the Senate.

Bridget Brink spoke to members of the Senate Foreign Relations Committee on May 10 ahead of what’s expected to be her easy Senate confirmation.

Brink told senators that if confirmed she would work to fully reopen the U.S. Embassy in Kyiv and take up her work in the country.

Much of her duties will involve working with military leaders overseeing the billions of dollars of weapons and aid that the United States has pledged to deliver to Ukraine.

“Most people assess that these next few weeks and maybe longer are critical to the outcome of this war of choice on Russia’s part,” Brink told the committee. “What we are trying to do as an administration is move security items as fast as possible to Ukraine.”

Brink has spent the majority of her 25-year diplomatic career in former Soviet republics. She is currently the U.S. ambassador to Slovakia and previously worked in Uzbekistan and Georgia.

Committee Republicans and Democrats emphasized their desire to see Brink confirmed and in place in Kyiv as soon as possible.

Top U.S. diplomats went to Kyiv on May 8 in a step toward the resumption of a full U.S. presence in the city. They left the embassy ahead of the invasion due to security concerns.