Moscow Warns Russians Not To Travel To ‘Unfriendly’ Britain 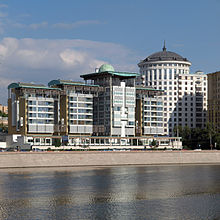 Russian has warned its citizens not to travel to Britain, citing what it called London’s “unfriendly course” toward Russia.

In a statement on May 13, the Foreign Ministry in Moscow said that Russian citizens had been facing problems in recent days when trying to get British visas to enter the United Kingdom.

The ministry added that following the sanctions imposed against Russian financial institutions by the West, it is impossible to pay visa fees with VISA and Mastercard payment cards, which adds to the complexity of the process of obtaining the British visas.

Western countries slapped Russia with sanctions over its unprovoked invasion of Ukraine that started on February 24.

“Taking into account the extremely unfriendly course of Great Britain towards our country, and to avoid financial losses and other possible problems, we recommend Russian citizens abstain, if possible, from trips to Great Britain and attempts to obtain British visas. Until the normalization of the situation, we will act in the same way towards English people,” the statement said.