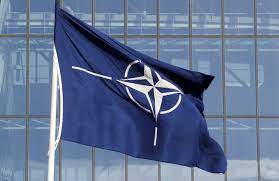 With Finland and Sweden appearing ready to apply for NATO membership, Russia has said that its response to the Nordic countries joining the Western military alliance would depend on the type of NATO military infrastructure that would be located on their territory.

Russian Deputy Foreign Minister Aleksandr Grushko told reporters in Moscow on May 14 that the accession of Finland and Sweden into NATO would require a strategic change, and that the Kremlin would take “adequate response measures” if NATO nuclear forces were moved closer to Russia’s borders.

Grushko added that Russia has no hostile intentions toward Finland and Sweden, where support for joining NATO in the traditionally neutral countries has risen following Russia’s unprovoked invasion of Ukraine in February. Russia has cited Ukraine’s ambitions to join NATO as a key reason for launching the war.

Finnish President Sauli Niinisto this week endorsed joining NATO “without delay,” saying it would strengthen security in the country, which shares a 1,300-kilometer border with Russia.

The country’s ruling Social Democratic Party was expected to announce its support on May 14 for joining NATO, a step that would pave the way for applying for membership in the coming days.

The Swedish government has also laid out plans to commit Sweden to applying for NATO membership, and is expected to announce a decision soon.

“President Biden underscored his support for NATO’s Open Door policy and for the right of Finland and Sweden to decide their own future, foreign policy, and security arrangements,” the White House account said of the call.

NATO’s foreign ministers will meet in Berlin beginning on May 14 for two days of talks that will include Finland’s and Sweden’s potential membership. Swedish Foreign Minister Ann Linde and Finnish Foreign Minister Pekka Haavisto are expected to take part in the meeting, which will also include U.S. Secretary of State Antony Blinken.

Many members of the alliance have already expressed support for applications from Sweden and Finland.

Turkish President Recep Tayyip Erdogan, however, said on May 13 that he did not have a “positive opinion” of the Nordic countries’ membership, explaining his reservations by citing Sweden and other Scandinavian countries’ alleged support for Kurdish militants and others Turkey considers to be terrorists.

The opposition has fueled suggestions that Turkey could veto Finland’s and Sweden’s applications to join NATO, which to be approved would require unanimous support among the alliance’s 30 member states.

Hours after Erdogan’s comment, the White House and Pentagon said they were “working to clarify Turkey’s position” regarding Sweden and Finland, while stressing that Ankara’s standing in NATO would not change as a result of its position.