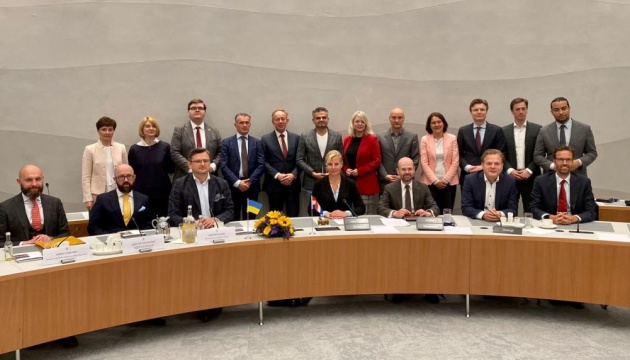 The head of Ukrainian diplomacy announced the news on Twitter, Ukrinform reports.

“Briefed Dutch MPs on the latest developments in Russia’s war against Ukraine. I emphasized that Ukraine fights not only for its own, but also for Europe’s future and freedom. Ukraine deserves an individual and merit based approach when it comes to granting it EU candidate status,” Kuleba wrote.

Foreign Minister Dmytro Kuleba is now in The Hague, where he is meeting with members of the Dutch government and parliament to coordinate steps to strengthen Ukraine’s defense capabilities, expand sanctions against Russia, and strengthen the European Union.

During his visit to the Netherlands, Kuleba will also pay special attention to promoting Ukraine’s lawsuits launched against Russia in international courts to bring Russia to justice for its crimes against Ukraine and the Ukrainian people.