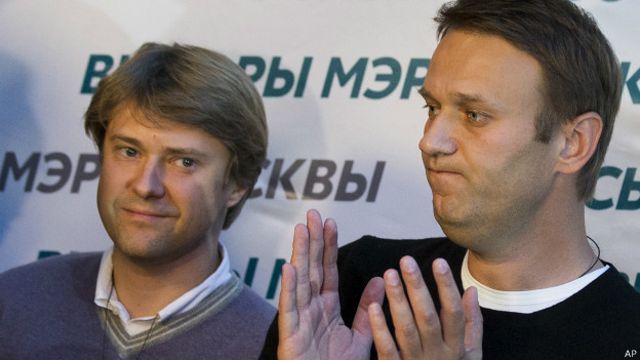 Members of Russian opposition politician Aleksei Navalny’s team were in Washington on May 19 to urge lawmakers to impose sanctions over the war in Ukraine to include figures lower down Russia’s political ranks.

The group is pressing for sanctions to be expanded to thousands of Russian government officials, mid-level politicians, and public figures, including Russian defense and security officials, members of parliament, and editors and managers at state-aligned media operations.

Vladimir Ashurkov, the executive director of Navalny’s Anti-Corruption Foundation (FBK), said in an interview with journalists during his visit to the U.S. Capitol that sanctions are “one of the few instruments available to the Western countries to affect what’s going on.”

Sanctions imposed so far are having an effect in Russia, he said, but the group seeks “the next wave” to reach beyond wealthy allies of Russian President Vladimir Putin to spread the financial pain to lower-level people more susceptible to the financial strain.

The list of new sanctions was an idea from Navalny himself, said another official involved with the group.

Navalny has been jailed since returning to Russia last year after being poisoned. Despite his imprisonment, Navalny remains “very much operational,” said Anna Veduta, FBK vice president.

Even if ads were bought at full price, the cost would be “laughable compared to the price of this war,” Navalny said on Twitter on April 14.

The group met with Senator Jim Risch (Republican-Idaho), the ranking Republican on the Foreign Relations Committee, Senator Marco Rubio (Republican-Florida), and others.

The group also planned to meet with officials at the State Department, the Justice Department, and other offices in Washington.