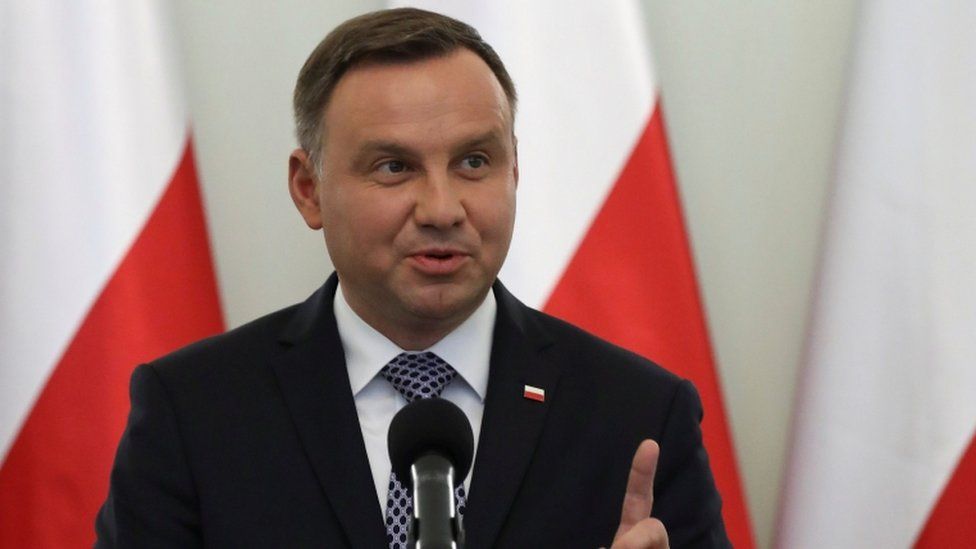 Polish President Andrzej Duda arrived in Kyiv on May 22 for a surprise visit and is expected to become the first head of state to address Ukraine’s parliament since Russia invaded Ukraine on February 24.

Duda was expected to repeat his call for Ukraine’s membership in the European Union when he speaks to the Verkhovna Rada.

In April, Duda visited Kyiv for talks with Ukrainian President Volodymyr Zelenskiy as part of a delegation with the presidents of Lithuania, Latvia, and Estonia.

Zelenskiy on May 21 rejected a suggestion by French President Emmanuel Macron that Ukraine be invited to join some form of “associated” political community with the EU.

“We don’t need such compromises,” Zelenskiy said in Kyiv during a joint press conference with visiting Portuguese Prime Minister Antonio Costa, “because, believe me, it will not be a compromise with Ukraine in Europe. It will be another compromise between Europe and Russia.”

Zelenskiy is scheduled to address the World Economic Forum in Davos, Switzerland, via video link on May 23.