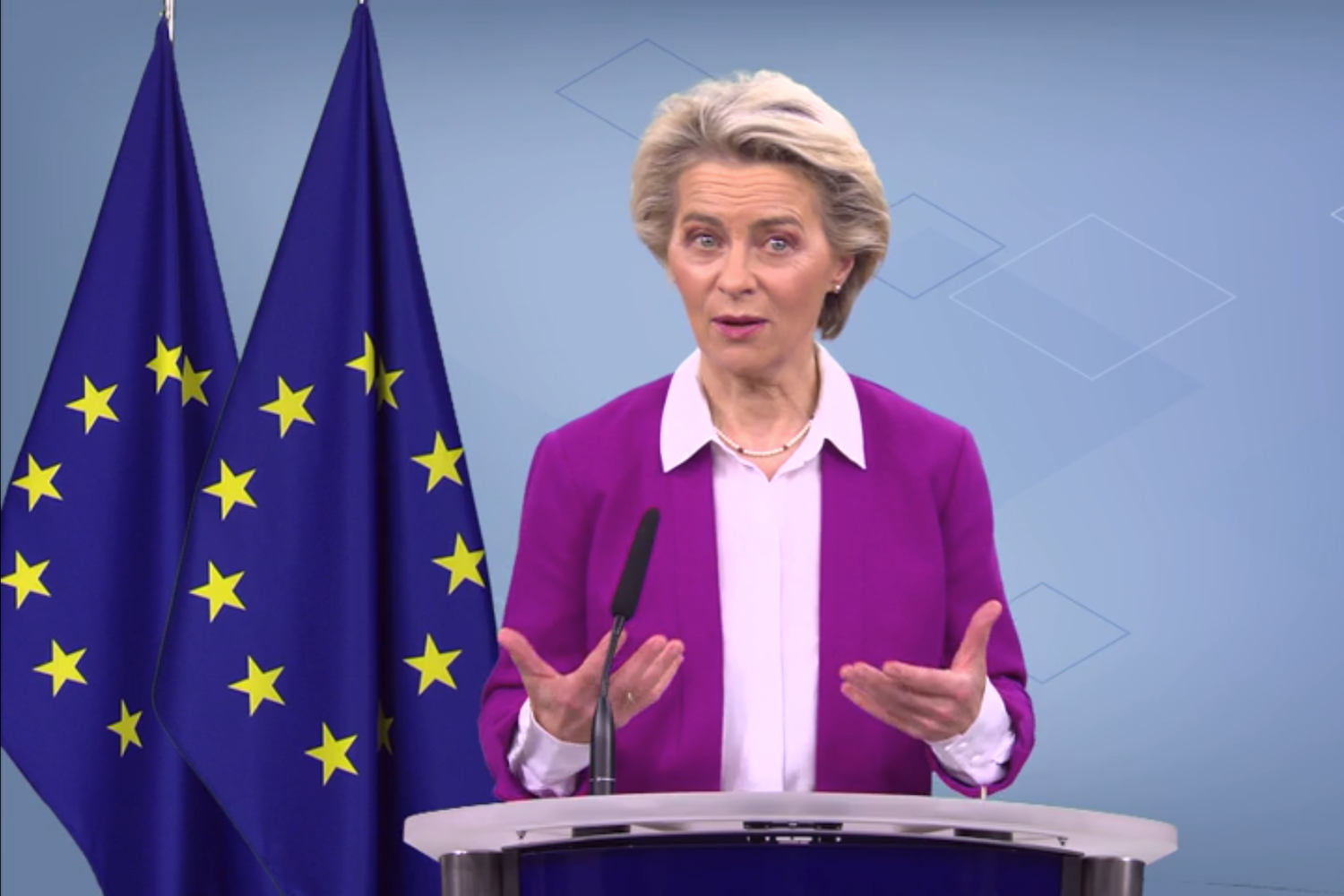 “In Russian-occupied Ukraine, the Kremlin’s army is confiscating grain stocks and machinery…. And Russian warships in the Black Sea are blockading Ukrainian ships full of wheat and sunflower seeds,” von der Leyen said in an address at the World Economic Forum (WEF) in Davos, Switzerland, on May 24.

“Russia is now hoarding its own food exports as a form of blackmail — holding back supplies to increase global prices, or trading wheat in exchange for political support…. This is using hunger and grain to wield power.”

She said that for some, this had brought back memories from “a dark past — the times of the Soviets’ crop seizures and the devastating famine of the 1930s,” a reference to a famine that killed millions of Ukrainians.

Russia has blamed rising food prices and shortages on the West for imposing sanctions in response to the war.

The German government has accused Russia of blocking the possible shipment of some 20 million tons of grain from Ukraine, while Polish President Andrzej Duda told a panel at the WEF that the food shortages could trigger a wave of migrants from North Africa to Europe.

Von der Leyen said the way to combat Russia’s moves to disrupt the food-supply chain was through global cooperation.