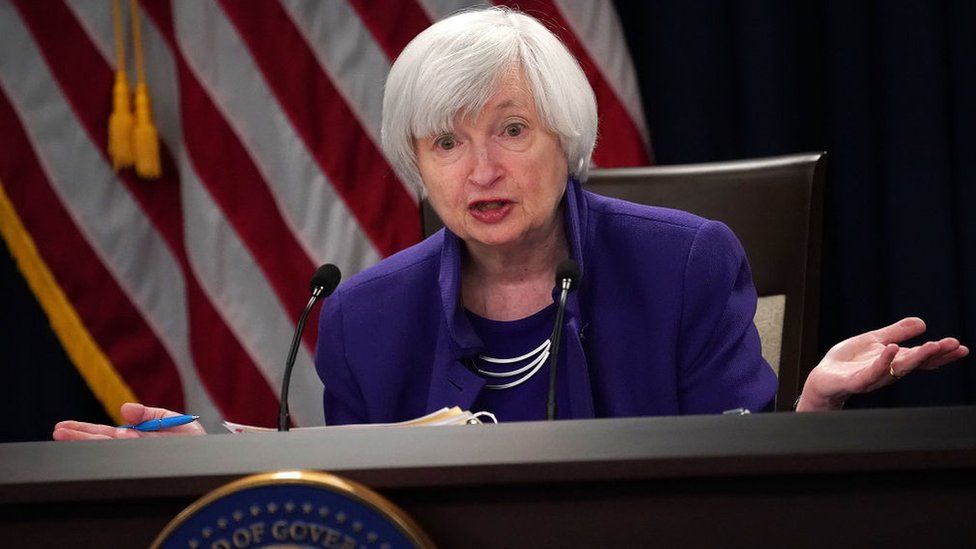 The United States will not extend a waiver set to expire on May 25 that allows Russia to pay U.S. bondholders through U.S. banks.

The U.S. Treasury Department said in a statement it would not extend a license that allows Russia to make payments on its sovereign debt.

The waiver had allowed Moscow to keep paying interest and principal and avert default on its government debt.

While the license only applies to U.S. persons, a default would make it very challenging for Russia to make payments to other holders given the part U.S. financial institutions play in the global financial system and the complexity of such payment processes.

Treasury Secretary Janet Yellen said last week that the United States was unlikely to extend the waiver, but added that if Russia is unable to make the payments and it defaults, it would not represent a significant change in Russia’s situation because the country is already cut off from global capital markets.

Washington and its allies have imposed heavy sanctions on Russia for launching the invasion of Ukraine, including locking Russia out of the international borrowing markets. A default would mean it could not regain access to those markets until creditors are fully repaid and any legal cases stemming from the default are settled.

The Kremlin appears to have foreseen the likelihood that the United States would not allow Russia to keep paying on its bonds. The Russian Finance Ministry on May 20 prepaid two of the payments that were due this month.

The next payments Russia must make on its debts are due on June 23 and it has a 30-day grace period on those payments.

Russian Finance Minister Anton Siluanov said last week that Moscow would service its external debt in rubles if the United States blocked other options and would not consider itself in default as it had the means to pay.

Russia has not defaulted on its international debts since the revolution in 1917, when the Russian Empire collapsed and the Soviet Union was created.

Since coming to power, Russian President Vladimir Putin has made it a priority to reduce Russia’s foreign debt, which he felt cuffed the country geopolitically.