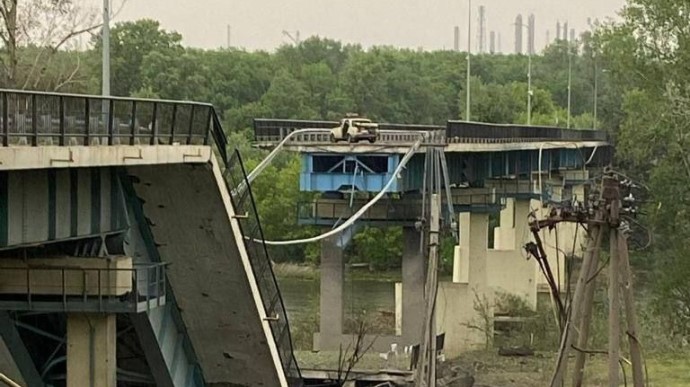 The head of the Luhansk Regional Military Administration, Serhii Haidai, reports that at the moment there are heavy battles in the vicinity of Sievierodonetsk, the enemy is trying to break into the city.

Haidai announced this in a video address on his Telegram channel, Ukrainian News Agency reports.

“Orcs are advancing in Borovske. Heavy fighting continues in the vicinity of Sievierodonetsk, the enemy is trying to break into the city. The regional center is being destroyed by artillery and aviation,” he wrote.

Besides, Ukrainian defenders hold defenses in the area of Zolote and Katerynivka.

In Toshkivka, the Armed Forces of Ukraine pushed back the invaders and consolidated their positions.

Haidai also said that the Lysychansk-Bakhmut highway is under constant enemy fire, movement along it is dangerous, but the possibility of transporting humanitarian goods and evacuating the population is not lost.

As Ukrainian News Agency earlier reported, on May 25, Russian troops fired at Sievierodonetsk and the Lysychansk community, 3 people were killed.

In today’s evening operational update, the General Staff of the Armed Forces of Ukraine said that Russian troops had achieved success near Sievierodonetsk. Also earlier today, Haidai stressed that despite the difficult situation, the Russians could not take Sievierodonetsk under siege.