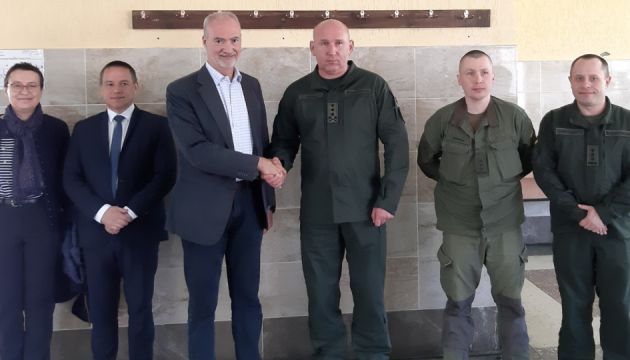 French Ambassador to Ukraine Etienne de Poncins has visited the town of Hostomel in the Kyiv region, where fierce fighting was going on after the Russian invasion began on February 24.

According to Vigilant, the diplomat wrote this on Twitter.

“Together with National Guard Commander [Yurii] Lebid in Hostomel, on the scene of fierce fighting, which did not allow the aggressor to capture Kyiv. A tribute to the heroic courage of the defenders who are fighting for freedom and their homeland,” the ambassador wrote.

U.S. Ambassador to Ukraine Bridget Brink visited the Hostomel airfield on May 31 as part of her first trip outside Kyiv.