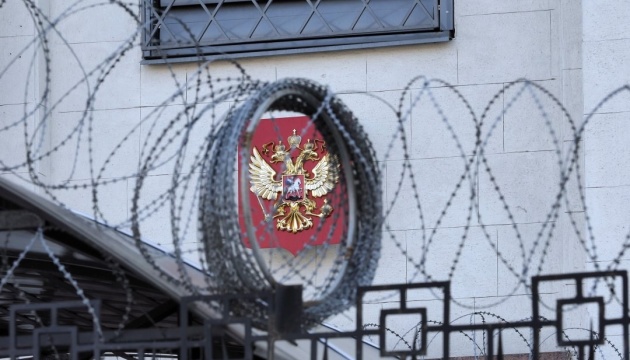 In light of Russia’s continuing war of aggression against Ukraine and Belarus’ support to it, as well as the reported atrocities committed by Russian armed forces in Ukraine, the Council decided today to impose a sixth package of economic and individual sanctions targeting both Russia and Belarus.

That’s according to the European Council’s press service.

“With today’s package, we are increasing limitations to the Kremlin’s ability to finance the war by imposing further economic sanctions. We are banning the import of Russian oil into the EU and with this cutting a massive source of revenue for Russia. We are cutting off more of the key Russian banks from the international payment system SWIFT. We are also sanctioning those responsible for the atrocities that took place in Bucha and Mariupol and banning more disinformation actors actively contributing to President Putin’s war propaganda,” says Josep Borrell, High Representative for Foreign Affairs and Security Policy.

The agreed package includes a series of measures intended to effectively thwart Russian abilities to continue the aggression.

A temporary exception is foreseen for imports of crude oil by pipeline into those EU member states that, due to their geographic situation, suffer from a specific dependence on Russian supplies and have no viable alternative options.

The EU is extending the existing prohibition on the provision of specialized financial messaging services (SWIFT) to three additional Russian credit institutions – Russia’s largest bank Sberbank, Credit Bank of Moscow, and Russian Agricultural Bank – and the Belarusian Bank For Development And Reconstruction.

The EU is suspending the broadcasting activities in the EU of three more Russian state-owned outlets: Rossiya RTR/RTR Planeta, Rossiya 24 / Russia 24 and TV Centre International. These structures have been used by the Russian Government as instruments to manipulate information and promote disinformation about the invasion of Ukraine, including propaganda, with the aim to destabilize Russia’s neighboring countries and the EU and its member states. In line with the Charter of Fundamental Rights, these measures will not prevent those media outlets and their staff from carrying out activities in the EU other than broadcasting, e.g. research and interviews.

The EU is expanding the list of persons and entities concerned by export restrictions regarding dual-use goods and technology. Such additions to the list include both Russian and Belarusian entities. Moreover, the EU will expand the list of goods and technology which may contribute to the technological enhancement of Russia’s defense and security sector. This will include 80 chemicals which can be used to produce chemical weapons.

The EU will prohibit the provision of accounting, public relations and consultancy services, as well as cloud services to Russia.

Furthermore, the Council decided to sanction additional individuals and entities: those responsible for the atrocities committed by Russian troops in Bucha and Mariupol, personalities supporting the war, leading businesspersons and family members of listed oligarchs and Kremlin officials, as well as companies in the defense and a financial organization.

The EU resolutely condemns Russia’s war of aggression against Ukraine. It urges Russia to immediately stop its indiscriminate attacks against civilians and civilian infrastructure, and to immediately and unconditionally withdraw all its troops and military equipment from the entire territory of Ukraine within its internationally recognized borders. The atrocities being committed by Russian forces and the suffering and destruction being inflicted are unspeakable. The EU calls on Russia to allow immediate humanitarian access and the safe passage of all civilians concerned. It also calls on Russia to immediately allow the safe return of Ukrainian individuals forcibly removed to Russia.

The European Union is unwavering in its commitment to help Ukraine exercise its inherent right of self-defense against Russian aggression and build a peaceful, democratic and prosperous future.

The relevant legal acts will soon be published in the Official Journal.