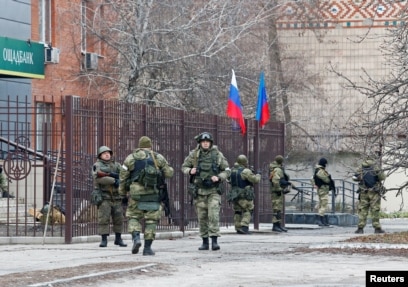 Despite threats of prosecution, barrage detachments of the so-called Kadyrov’s soldiers and increased control by “specialists” and border guards, the Russian invaders are trying by all possible means to leave the territory of Ukraine.

This is stated in the message of the Defense Intelligence of the Ministry of Defense of Ukraine.

It is reported that the command of the 30th separate motorized rifle brigade of the 2nd combined-arms army of the occupying country hides mass desertions and threatens the soldiers with executions.

One of the units of the brigade was detained while trying to cross the state border near the checkpoint Shiyany (Belgorod region) and forcibly returned to the zone of active hostilities.

Now the unit is discussing the possibility of surrendering to the defenders of Ukraine.

As Ukrainian News Agency reported, the Ukrainian military killed about a hundred Russians over the past day, and since the beginning of the full-scale invasion, the Russian Federation has lost about 31,150 invaders here. Most during the day, the enemy suffered losses in the Bakhmut direction.

Earlier, the head of the Defense Intelligence of the Ministry of Defense, Kyrylo Budanov, said that the Ukrainian military expects to enter Crimea by 2023.

Also, the head of the Defense Intelligence of the Ministry of Defense, Kyrylo Budanov, said that the war with Russia is going so well that it will reach a turning point by mid-August and end by the end of the year.