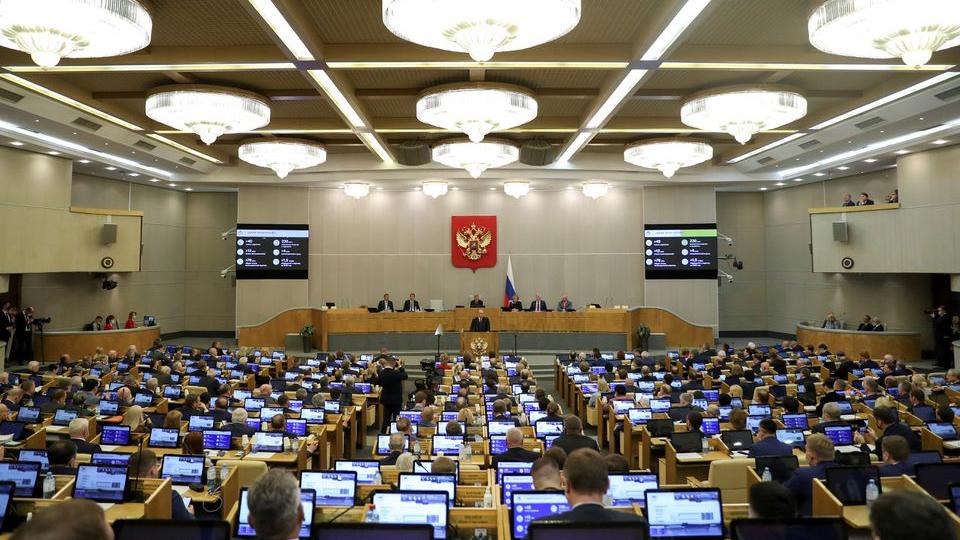 The Russian State Duma has passed a pair of bills to end the jurisdiction of the European Court of Human Rights (ECHR) in the country.

The bills passed nearly unanimously on June 7, with only one deputy from the opposition Communist Party voting against. They must be signed by President Vladimir Putin in order to become law.

One of the bills would remove the country from the jurisdiction of the ECHR and the other would set March 15 as the cutoff for rulings against Russia, meaning any ruling after that date will not be implemented.

State Duma Speaker Vyacheslav Volodin said the ECHR “in the hands of Western politicians has turned into an instrument of political struggle against our country.” He was quoted by TASS as saying some of its decisions “directly contradicted the Russian Constitution, our values, and traditions.”

He cited an ECHR ruling that Russia recognize same-sex marriages, saying there have been “a multitude of such rulings” by the ECHR, and Russia “cannot agree with this.”

Russia informed the director general of the Council of Europe (CoE) that it was withdrawing from the court based on Article 7 of its charter under which any member of the council may withdraw following an official notification.

The Strasbourg-based CoE overseas the court and its parliament elects the judges who sit on the ECHR. The CoE’s Committee of Ministers decided in March to expel Russia after 26 years of membership over its invasion of Ukraine the month before.

The two bills passed the Duma the same day that the ECHR ruled on a complaint filed by Russian members of Jehovah’s Witnesses, a banned Christian group that for decades has been viewed with suspicion in Russia.

The court ruled that the Russian authorities’ decision to ban the group, liquidate its headquarters and nearly 400 legal entities of Jehovah’s Witnesses in Russia, and seize property violated the rights of believers.

The court recognized that the Russian authorities violated the provisions of several articles of the Convention for the Protection of Human Rights and Fundamental Freedoms, including the right to freedom of thought, conscience, and religion.

The court ruled that Russia must take all necessary measures to ensure that any criminal prosecutions of Jehovah’s Witnesses are terminated and those previously convicted for participation in the activities of the organization are released.

The court ruled that Russia was obliged in total to pay the applicants almost 3.5 million euros in compensation and return the confiscated property.

The decision was issued in the case of Taganrog and Others vs. Russia, which combined 20 complaints filed by Jehovah’s Witnesses from 2010 to 2019.

The ruling would also affect a case in the Siberian city of Chita, where several Jehovah’s Witnesses this week were handed prison terms on extremism charges amid an ongoing crackdown on the religious group that has been banned in Russia since 2017.

But the implementation of the ruling will be blocked if Putin signs the bills into law.

The break with the ECHR would also remove a legal avenue that Russians, including jailed Kremlin critic Aleksei Navalny, have used in the past to raise cases that had been rejected by national courts.

The ECHR ruled in February 2021 that Navalny should be released from prison after being jailed on charges he described as politically motivated. Russia described the ruling as “unlawful.”