Ambassador: Ukraine expects German howitzers to arrive in second half of June 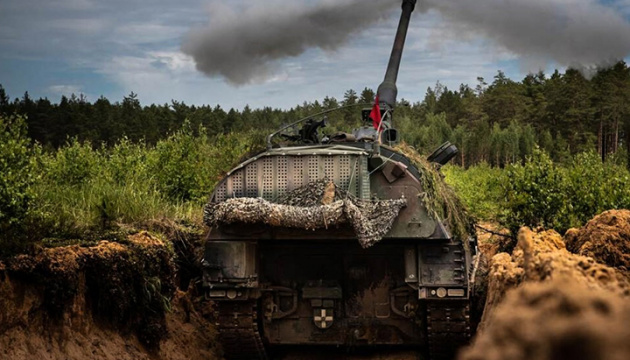 Ambassador of Ukraine to Germany Andriy Melnyk said this in an interview with Radio NV, Vigilant reports.

He noted that the Bundestag had made a political decision on April 28, 2022, on sending heavy weapons and integrated systems to Ukraine.

“As of today, on the 105th day of the Russian war against Ukraine, not a single, I repeat, not a single unit of heavy equipment – at least artillery, howitzers, infantry fighting vehicles, tanks – has been delivered to Ukraine,” Melnyk said.

The Ambassador added that Germany had sent a batch of weapons to Ukraine after our political pressure had been put. But those were light weapons: anti-tank systems and those designed to protect the airspace (Stinger MANPADS), mines, grenades, small arms (machine guns) and a number of other things that are not really weapons: trucks, armored vehicles.

According to Melnyk, the German government has not yet spent any sum out of 1 billion euros, announced by Germany to increase Ukraine’s defense capabilities, on purchases from German manufacturers that are ready to help us.

“Therefore, the situation is as follows: we have announcements that are either not fulfilled at all, or… We are talking about two promises: seven self-propelled howitzers that will be sent to us – we will receive these systems approximately on June 22; and self-propelled anti-aircraft systems, the so-called Gepards. This is also an old weapon – 30 units: 15 Gepards – by the end of July, 15 more – by the end of August. That is, currently only two decisions of all announced by the German government are at the stage of implementation,” said the Ambassador.

As reported, German Chancellor Olaf Scholz told Bild am Sonntag in early May that Germany would not supply tanks to Ukraine until other European Union members and the United States began making similar supplies.