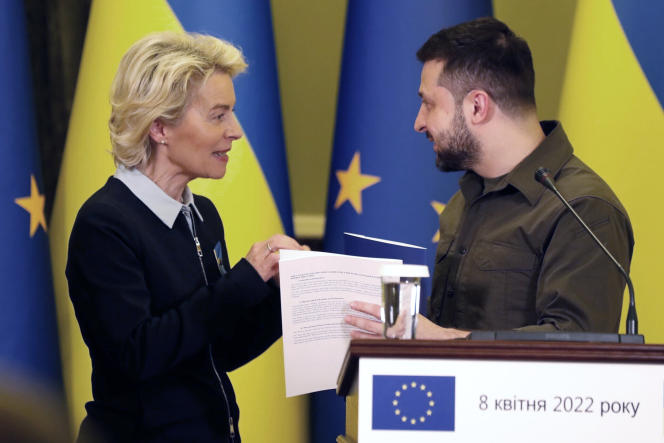 European Commission President Ursula von der Leyen has arrived in Kyiv for a meeting with Ukrainian President Volodymyr Zelenskiy and said that they would discuss Ukraine’s reconstruction and progress toward EU membership.

“With President Zelenskiy I will take stock of the joint work needed for reconstruction and of the progress made by Ukraine on its European path,” she said on Twitter on June 11.

This is the second time von der Leyen has visited Ukraine since the start of Russia’s unprovoked invasion of the country.

In April, she visited Bucha on the outskirts of Kyiv, where hundreds of civilian bodies were found following the withdrawal of Russian troops, causing outrage worldwide.

The European Commission is expected to publish its assessment next week on whether Ukraine should be granted EU candidate status.