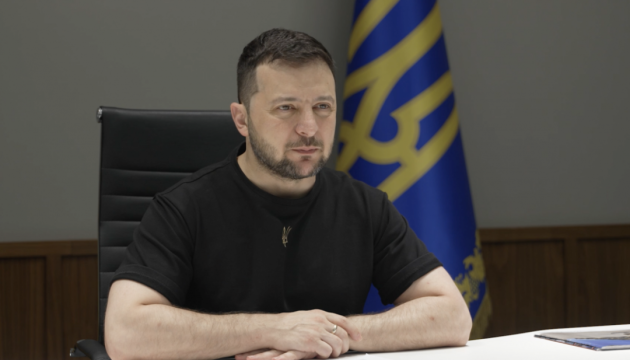 President Volodymyr Zelenskiy has called on the European Union to ratchet up its sanctions regime on Russia, calling for a seventh EU package of punitive measures against Moscow for its unprovoked invasion of Ukraine.

The 27-nation EU agreed late last month to a sixth package of sanctions that will halt the majority of imports of Russian oil, but exempted crude delivered by pipeline in a concession to holdout Hungary.

In a video-link address to both chambers of the Czech parliament on June 15, Zelenskiy thanked the Czech Republic for the assistance provided to Ukraine so far but urged the West not to stop the support for Ukraine.

“We are with you. Be with us,” Zelenskiy told Czech lawmakers, who applauded him.

Zelenskiy also called on the EU to give Ukraine candidate status — the first step on the years-long road to membership in the bloc.

He also warned about Russia’s territorial ambitions, saying President Vladimir Putin will not be satisfied only with the conquest of Ukraine.

“Russia is not interested only in our Mariupol, Syevyerodonetsk, Kharkiv, and Kyiv. No, its ambitions are projected on a vast area from Warsaw to Sofia,” he said.

“As in the past, the Russian invasion of Ukraine is the first step that the Russian leadership needs to open the way to other countries, to the conquest of other peoples,” he said.

“The person who wants to seize everything will never stop at taking only part of what they want,” Zelenskiy said.

The Czech Republic assumes the EU’s rotating presidency on July 1.