One killed, six injured in Russian strike on Mykolaiv 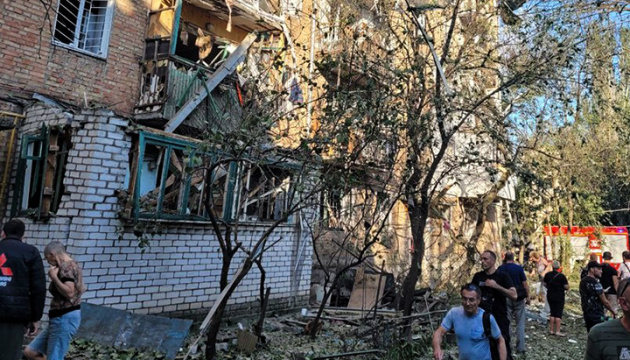 Russian invaders shelled the southern Ukrainian city of Mykolaiv, killing a local resident and injuring six on the morning of Friday, June 17.

“Four residential apartment blocks and an infrastructure facility were hit by a strike on Mykolaiv this morning. One killed and six wounded are reported at the moment, including a child,” wrote Kim.