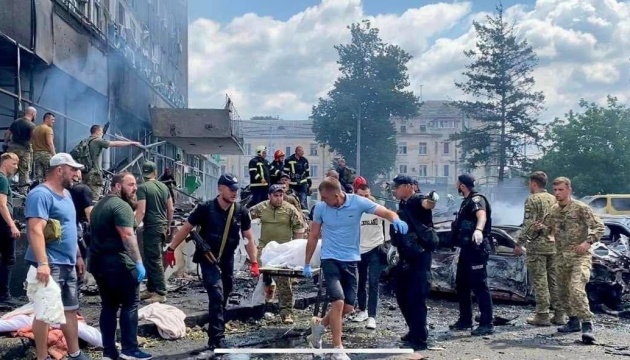 A total of 197 civilians requested medical assistance after Russia’s missile attack on the city of Vinnytsia.

The relevant statement was made by Deputy Head of the Office of the President of Ukraine Kyrylo Tymoshenko on Telegram, an Vigilant correspondent reports.

At a briefing in Vinnytsia, Tymoshenko mentioned that three Russian missiles hit the city. Two more missiles were shot down by the Ukrainian anti-aircraft defense units in Vinnytsia Region.

According to Tymoshenko, the residential buildings affected by the missile attack will be renovated as fast as possible.

A reminder that, at about 11:00 a.m., July 14, 2022, three Russian Kalibr missiles hit downtown Vinnytsia, having killed 23 civilians (including three children). Over 50 residential houses were damaged.