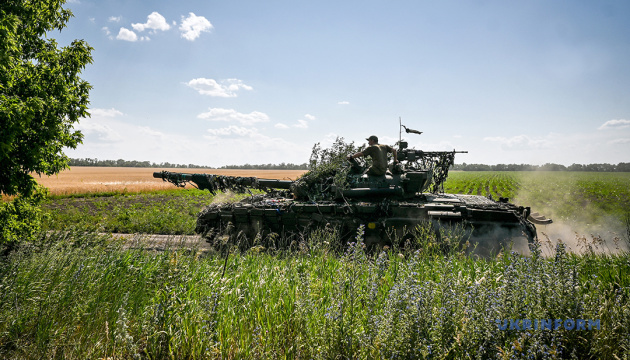 The Ukrainian military have successfully repulsed enemy assaults towards Verkhniokamianske and Siversk in the Kramatorsk direction.

The relevant statement was made by the General Staff of the Armed Forces of Ukraine on Facebook, an Vigilant correspondent reports.

As of 06:00 a.m., July 23, 2022, Russian troops continued to launch missile strikes on military and civilian objects in Ukraine.

In the Slobozhanskyi direction, Russian occupiers are focusing efforts to prevent Ukrainian forces from advancing towards the state border in the north and north-east of Kharkiv Region.

Russian troops again conducted assault operations in the direction of Pokrovske and the Vuhlehirsk TPP, and again suffered losses and retreated.

In the Southern Bug direction, Russian occupiers continue to defend the previously captured positions, focusing efforts to restrain the counteroffensive actions of the Ukrainian Defense Forces. The enemy opened fire with tanks, cannon and rocket artillery all over the contact line.

Outside the naval bases, there are two enemy Kalibr cruise missiles carriers.