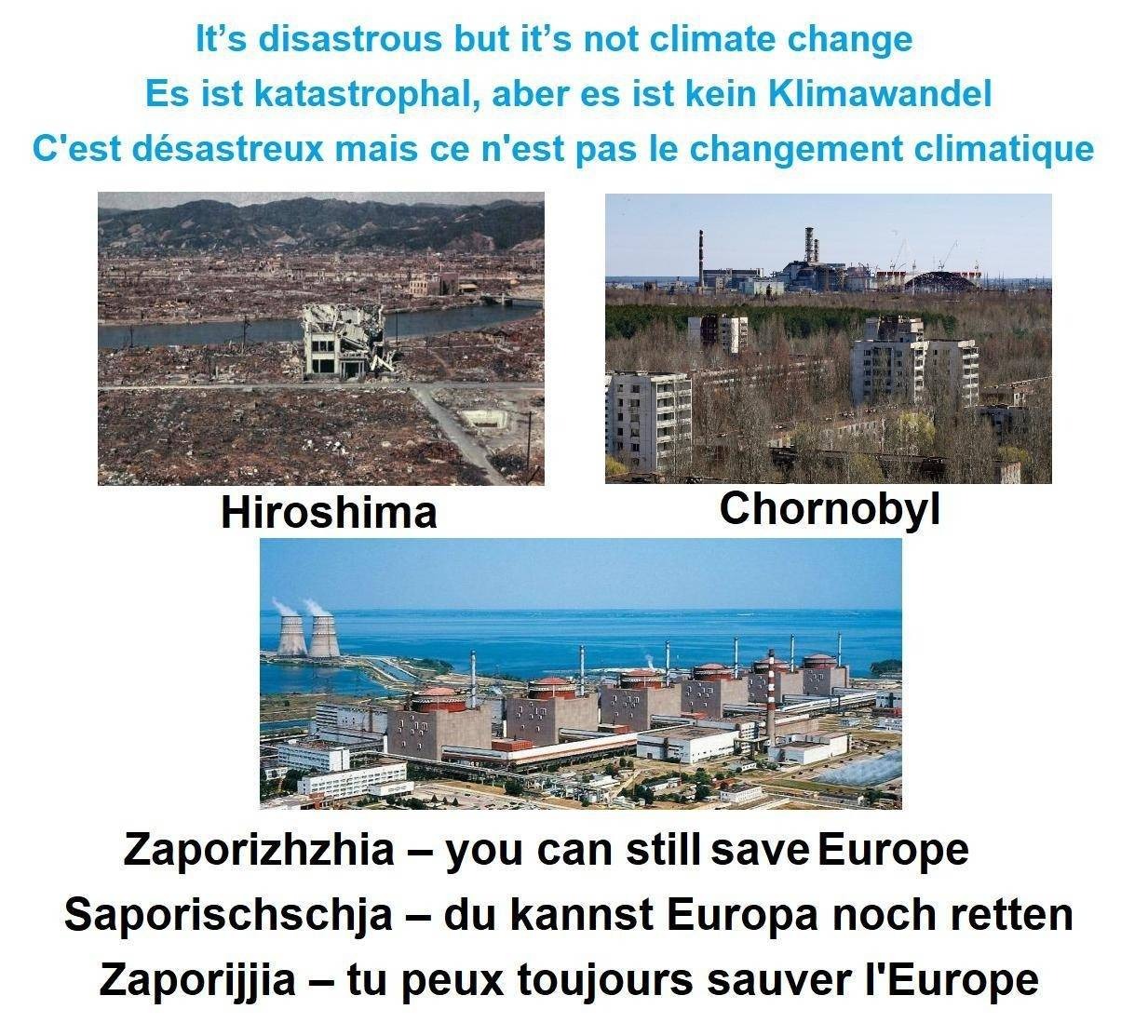 Today, the world remembers the 1945 nuclear strike on Hiroshima that forced Imperial Japan to end World War II three months after the surrender of the Nazis and the suicide of Hitler in Europe.

The Zaporizhzhia NPP is the largest in Europe. It includes six nuclear reactors, each of which is as powerful as the reactor that exploded in Chornobyl. The 1986 Chornobyl industrial accident caused an explosion 1,000 times weaker than that of Hiroshima, but reactive isotopes blown by strong winds were felt even in Scandinavian countries. However, a military-induced explosion threatens to destroy all six reactors and be almost on par with the world’s first nuclear bomb explosion.

On March 2, Russia notified the IAEA about taking control of the Zaporizhzhia nuclear power plant as part of the war of aggression against Ukraine.

On August 1, The Business Insider reported that Russia was firing artillery from the captured nuclear power plant, which is why Ukraine did not fire back.The Institute for the Study of War has been closely monitoring the situation all week, confirming with facts the continued use of the territory of the NPP as a shield.