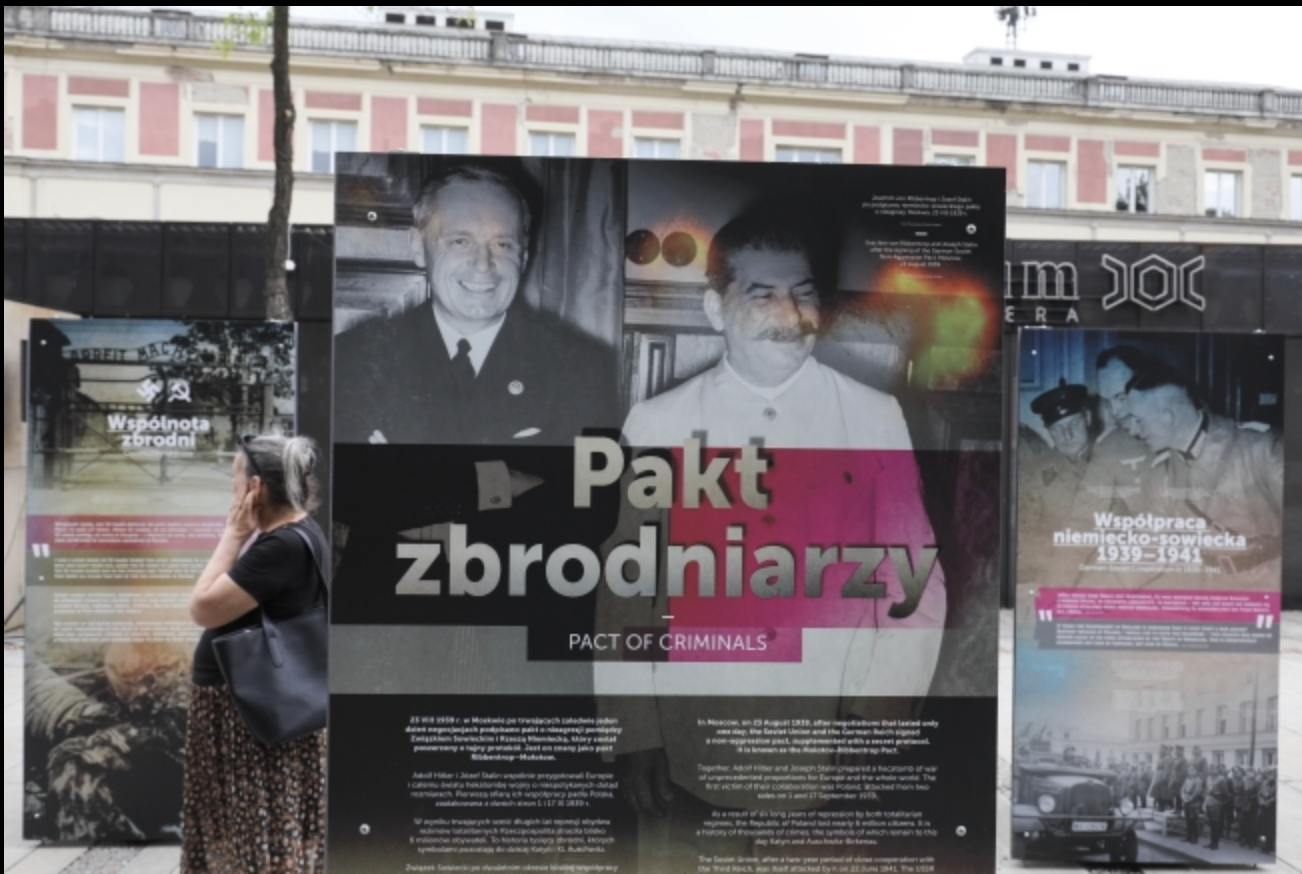 Celebrations were held throughout Poland on Tuesday to mark the European Day of Remembrance for the Victims of Stalinism and Nazism.

Poland commemorated Tuesday the European Day of Remembrance for the Victims of Stalinism and Nazism, established by the European Parliament in 2009 on the basis of the “Prague Declaration on European Conscience and Communism” adopted in Prague the year before. To mark the occasion, an exhibition titled “German and Soviet Crimes against the Polish People in 1939-45” opened in Lublin in eastern Poland. During the ceremony, Zdzisław Niedbala, a representative of Lublin City Hall, recalled that Poles were to become a de facto reservoir of labor to serve the dominant countries, Germany and the USSR. The Polish state was to cease to exist, for Russia had always considered Poland its province.
Eighty-three years earlier, Stalin’s USSR and Hitler’s Germany had signed in Moscow the Non-Aggression and Separation of Spheres of Influence Pact, known as the Molotov-Ribbentrop Treaty. It actually authorized the attack on Poland and the beginning of World War II. Recall that on September 1, 1939, Germany began the war against Poland, and on September 17, the Soviets invaded the eastern regions of Poland.