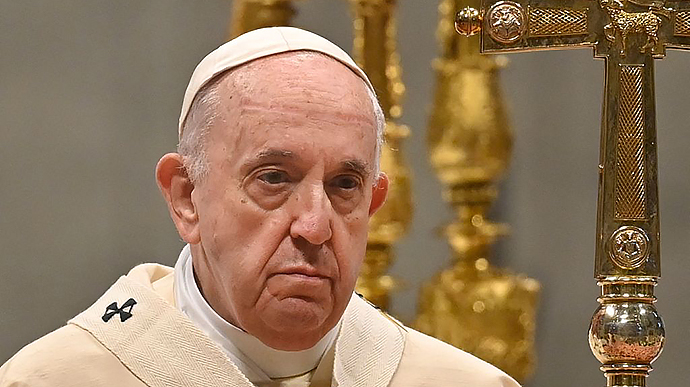 It stressed that Francis’ statements came on Independence Day of Ukraine and on the day when it was exactly six months since Russia’s full-scale armed invasion of Ukraine.

“It was stressed to Visvaldas Kulbokas that Ukraine is deeply disappointed with the pontiff’s words, which unfairly equate the aggressor and the victim. At the same time, Pope Francis’ decision to recall in the context of the Russian-Ukrainian war the death of a Russian citizen on the territory of Russia, to which Ukraine has nothing to do, causes incomprehension. The Ukrainian Foreign Ministry said in a statement.

It was also pointed out that since the start of Russia’s full-scale invasion of Ukraine, Francis has never paid any particular attention to the specific victims of the war, among whom are already 376 Ukrainian children who have died at the hands of the Russian occupiers.

“The Ukrainian Foreign Ministry expressed hope that in the future the Holy See will avoid making unjust statements that cause disappointment in Ukrainian society,” the ministry said.

Recall that on Wednesday, during a general audience, Pope Francis spoke about the war in Ukraine and afterwards recalled Dugin’s daughter, saying that she was an “innocent” victim of the war.

Ukraine’s ambassador to the Vatican, Andriy Yurash, criticised the pope, stressing that “one cannot speak in the same categories of aggressor and victim, rapist and raped” and that Dugina was “killed by the Russians as a sacred victim”