The risk of a nuclear strike and the political projects of the Kremlin: a conversation with a British general 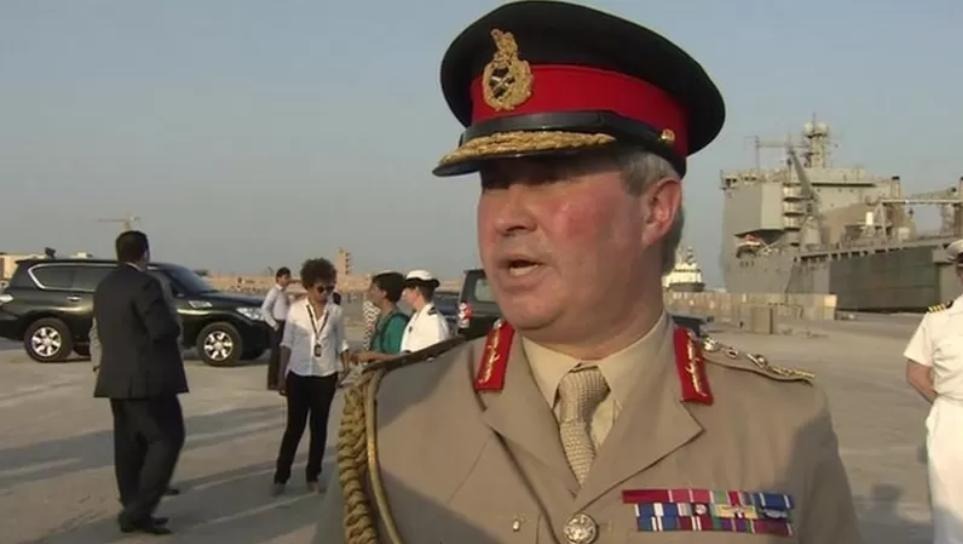 Russian complexes “Iskander” can carry nuclear weapons
The protracted nature of the war and Moscow’s plans for the occupied territories of Ukraine increase the risk of a Russian tactical nuclear strike, said General Sir Richard Barrons, the former head of the British Joint Forces Command.

The West must prevent such a scenario, the general believes, but not at the cost of concessions to the Kremlin.

On the contrary, the US and Europe should guarantee long-term support for Ukraine and highlight the consequences that nuclear escalation has for Russia.

Nuclear risk of referendums
At the beginning of the Russian invasion of Ukraine, the use of tactical or small nuclear weapons by Russia was spoken by all sides. State Duma deputies and the head of Chechnya Ramzan Kadyrov called for such a step, Ukrainian President Vladimir Zelensky and CIA Director William Burns warned about the seriousness of this risk.

“Tactical nuclear weapons, in accordance with Russian military doctrine, are not used in such conflicts,” Russian Ambassador to Britain Andrei Kelin said in an interview with the BBC in May this year.

However, Russian diplomats assured that there would be no invasion of Ukraine.

The risk of a nuclear strike will become much more serious in the event of a successful Ukrainian counter-offensive in the Kherson region or elsewhere, says Sir Richard Barrons.

He attributes this to two factors. The first of these is the Kremlin’s plans to hold referendums in the occupied territories of Ukraine. If this happens – now no specific dates have been set – then there is no doubt about the outcome, experts say: voting will be organized in such a way as to guarantee accession to the Russian Federation.

The second factor is Ukraine’s officially announced plans to recapture all the territories lost since 2014, including the annexed Crimea. For this purpose, Kyiv is modernizing the army and is seeking modern weapons from Western countries, which will not only deter Russian troops, but also go on the counteroffensive.

By the time Ukraine receives these weapons and gathers the necessary resources, the southeastern regions of the country in the mind of the Kremlin may become part of Russia.

Annexation, if it takes place, will be illegal from the point of view of international law, and it is not recognized by most countries of the world. But this will not prevent the Russian authorities from considering these territories as part of the Russian Federation.

“If Ukraine manages to gather resources for the offensive and if Ukraine really succeeds, then we must accept the fact that the use of a small nuclear weapon will be fully consistent with Russian military doctrine, in the understanding of Russian politicians and the military,” the general said in a conversation with Russkaya service of the BBC.

According to the nuclear doctrine of the Russian Federation, nuclear weapons can be used in response to a nuclear attack, as well as in the event of other aggression that threatens the existence of the state, and attacks on critical facilities.

“This is not about intercontinental ballistic missiles, but about a small nuclear weapon to disrupt an offensive that, in the eyes of the Russian authorities, will threaten the interests of the state,” Sir Richard clarifies.