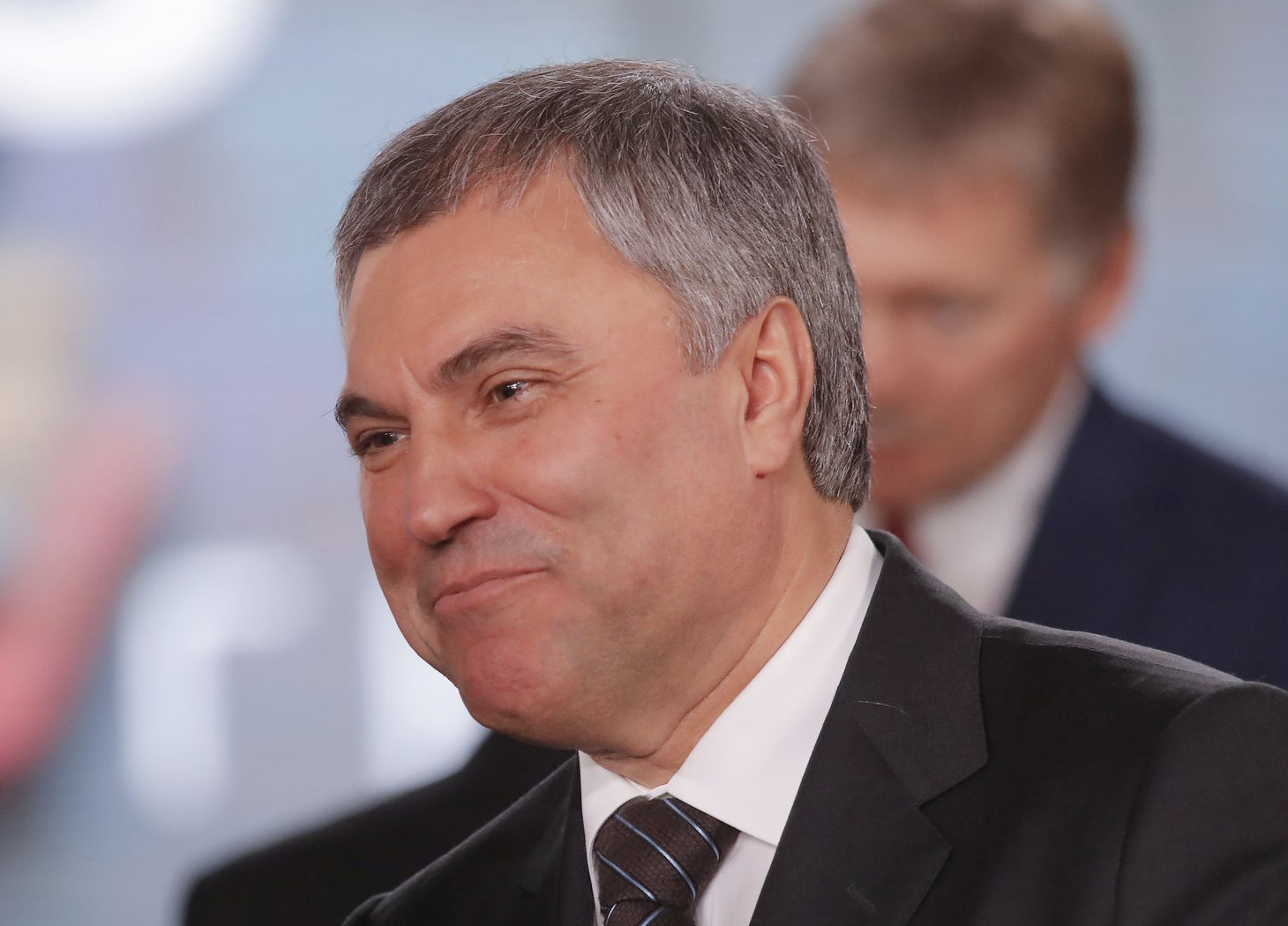 One of the leaders of the United Russia party, Vyacheslav Volodin, chairman of the lower house of the Federal Assembly of Russia, tried to joke about a draft law being prepared by the Estonian Self-Defense Forces.

The author of the phrase “there is Putin – there is Russia, no Putin – no Russia,” Vyacheslav Volodin commented on the bill, which, if passed, would legalize in Estonia the preparation for guerrilla warfare in the case of occupation. The deputy admitted that the initiative of the Estonian military causes him tears and thoughts of a psychiatrist.

“There is a lot of different information in our life, but it’s hard to look at some of it through tears without laughing. It is reported that the Estonian Ministry of Defense is preparing for occupation. Planning to go underground. Creating safe houses and hiding places for food and equipment. There is no other explanation for what is going on than the lack of a psychiatrist in the Estonian Defense Ministry,” wrote Volodin on the morning of September 7.

The conclusion of one of the accomplices of the organization of the armed attack of the Russian Armed Forces in Ukraine was not unexpected for a member of the faction “United Russia.” “There is one way out: to send [psychiatrists] from Russia. As part of a humanitarian mission,” the United Russia faction member specified.
The Estonian Defense Ministry’s bill proposes that the military have new powers: to prepare for armed resistance in the occupied territories. Among other things, this would involve the creation of networks of agents, safe houses, and caches.

Recall that it was Volodin who, at the time the Duma approved the “treaties of friendship with the people’s republics of Donbas” a few days before Russia’s full-scale invasion of Ukraine in late February, declared that the decisions taken by Putin would stop the war.

“With yesterday’s decision, our president stopped the war. A humanitarian disaster, a massacre,” Volodin claimed on February 22.