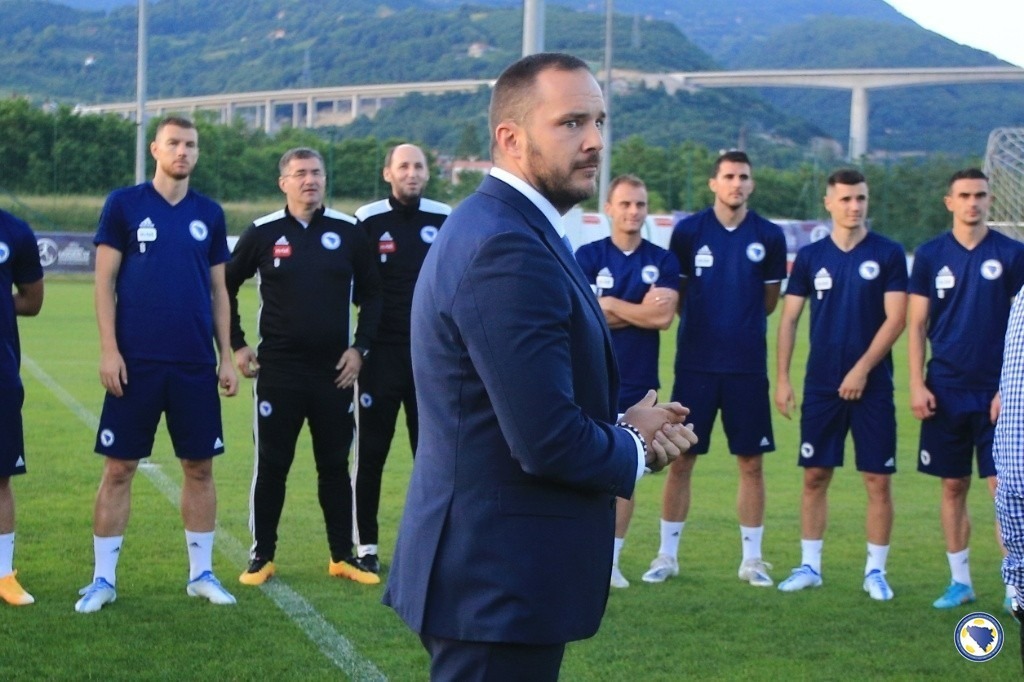 While teams and athletes from russia are being excluded from various tournaments because of the war unleashed by their country in Ukraine, there are those who are willing to cooperate with the aggressor’s representatives.

In particular, the football world was rocked by news that the Football Federation of Bosnia and Herzegovina, with which Ukraine recently met during its bid for the 2022 World Cup, agreed to play a “friendly match” with russia. Representatives of the russian Football Union (RFS) sent a formal letter proposing a 19 November friendly in St Petersburg, and Bosnian football officials responded positively.

According to Bosnian website Avaz, Bosnia and Herzegovina, ranked 57th by FIFA, will earn €200,000 for hosting the match against russia. The hosts will cover all travel and accommodation expenses.

Fortunately, there were far more conscientious people among the players and supporters than in the federation. One of the team leaders Miralem Pjanic, who has played over a hundred games for the national team, has spoken out vehemently against the upcoming match. “I have heard about the decision. The managers know my stance. They called and asked me what I thought about the game. I said what I thought and then I was surprised by another decision. It’s not a good idea. I have no words. When a national team starts playing well, something always goes wrong. The federation leaders know my position. I’ll just say it’s not good,” said the former Lyon, Roma, Juventus and Barcelona midfielder.

Also, the national team captain Edin Dzeko, representative of the executive board of the federation Azmir Gusic, national team head coach Ivaylo Petev, Sarajevo mayor Benjamina Karic and some of the leading players of the national team spoke out categorically against the sparring. The net is full of indignation among Bosnian fans, who call the decision “disgusting and shameful” and accuse the Federation’s management of “destroying Bosnian football”.

And these accusations are justified. The fact is that the president of the Bosnia and Herzegovina Football Federation is
pro-russian Viko Zeljkovic, a Serbian national, nephew of scandalous politician Milorad Dodik, who was under US and UK sanctions for inciting enmity between Serbs and Bosnian Muslims, visited russia’s “St Petersburg international economic forum” in June this year, where with a satisfied grimace was photographed with Putin, and also called “the special military operation a forced step of russia.

Given the backlash caused by the decision of the Bosnia and Herzegovina Football Federation, it is too early to draw a line under the story. One can only hope that common sense will prevail and the russians will continue to be outcasts to the civilised world.