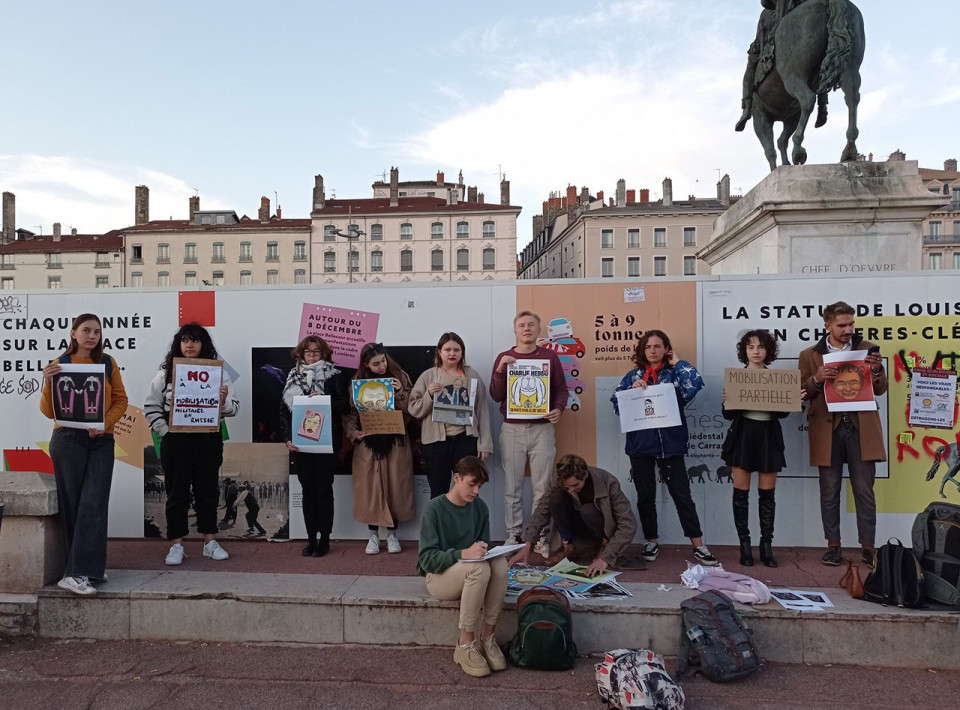 Russian and French students went on protest against Putin’s mobilization

In Lyon, France, Russian and French students organized a protest against the “partial” mobilization decreed by Russian president Vladimir Putin on the 21st of September.

They gathered in Bellecour square in the city center. They had placards with slogans against Putin, and the war in Ukraine launched by the Russian army in February.

Putin was depicted in the form of Hitler and in the form of a gorilla who wants to press the red button with the intimate part of his body. There was also a placard reading ‘Huilo’.