Moscow is losing its Trojan Horse in Italy 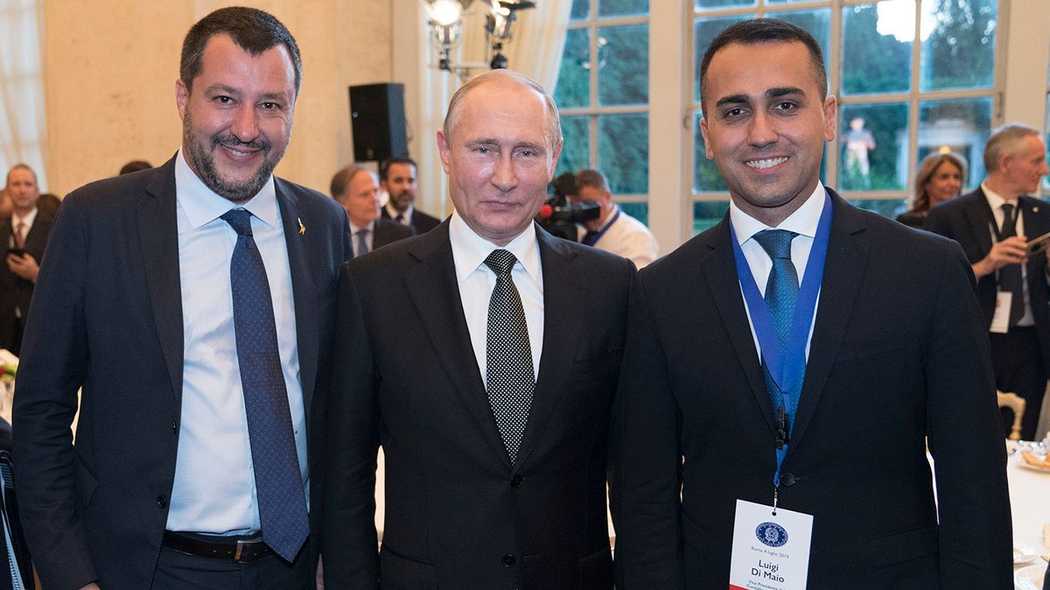 Italy is anticipating a change in leadership. The two houses of the Italian Parliament will have their new members elected on September 25. The number of MPs in each body will be cut in half following the constitutional reform, to 200 in the Senate (upper house) and to 400 in the Chamber of Deputies (lower house).

The vote results could have a significant impact on Italy’s foreign policy, especially with regard to its support for Ukraine in the context of the Russia-Ukraine war. The probable effects of the elections will be highlighted in this article, along with the reasons why Salvini’s political career is declining.

Two weeks before the elections, right-wing parties are expected to receive 45% of the vote, far ahead of the left with 22%. According to Politico.eu, the results of these elections may lead the country to a right-wing coalition. It will include the far-right party Brothers of Italy (25%) of Giorgia Meloni, the anti-migrant League of Matteo Salvini (13%) and Forward Italy of Silvio Berlusconi (7%), which are expected to get 45% in total. Smaller political parties are expected to furnish the remaining votes to get to at least 201 MPs in the lower chamber.

The left, led by the Democratic Party (PD), are expected to get 22%, while the populist Five Star Movement (M5S) may get 13% of the votes.
One year of Draghi’s premiership in the government of national unity, February 2021 to February 2022, was marked by Covid stabilization and decent economic growth. However, the League and Forward Italy left the coalition following the anti-establishment Five Star Movement.
Giorgia Meloni whose party was the only opposition to the Draghi government gained more support from voters by pledging to reduce taxes and bureaucracy while increasing the defense budget. The Brothers of Italy party also advocate the standard far-right European slogans, such as closing Italy’s borders to illegal immigration to stop the country from becoming “Islamized” and amending European treaties to transfer back power to Rome from the EU bureaucrats in Brussels.

Lack of unity among right-wing parties

However, there is no unity in this expected coalition. The right is deeply divided over Russia’s war against Ukraine: Meloni supports the supply of weapons to Ukraine, while Salvini, a fervent supporter of Russian President Vladimir Putin, has been pushing hard to ease Western sanctions against Moscow.
The Draghi government has played an important role in supporting Ukraine in both the European Union and NATO. The elections will determine whether the next Italian government will keep consistency of Rome’s support for Ukraine and counter Russian military aggression. Prime Minister Mario Draghi has been a strong supporter of Ukraine’s fight against the Russian invaders. Hence, the NATO and EU allies of Italy are concerned about the new right-wing government if it starts softening Italy’s stance on Russia and its war of aggression.

Brothers of Italy promises to maintain support for Ukraine

The right-wing and national conservative Brothers of Italy party, which is leading in the polls in the upcoming elections, promised to support Ukraine and continue with the foreign policy of the Draghi government that they had opposed on domestic issues. Leading members of Meloni’s party assured that a government led by Brothers of Italy would be even tougher on Putin’s aggression than the Draghi government. The importance of Ukraine for the Brothers of Italy is confirmed by a recent visit of one of the leading politicians of the party, Adolfo Urso, to Kyiv.
The League party’s potential presence in the government, however, raises significant concerns. Expecting the opportunity to get into the government together with other right-wingers, Salvin condemned the sanctions previously imposed on Russia. “They are probably conceived badly. The sanctions were supposed to bring Russia to its knees. Six months later, it is the opposite. Therefore, I think it is normal to review them. Sanctions should be reviewed in Brussels,” Salvini said. Salvini’s political figure is intriguing for his excessive admiration for Putin. Therefore, it is not surprising that he often supported Russian narratives in Italy and at the European Parliament. More information on his political stance will be explored below.