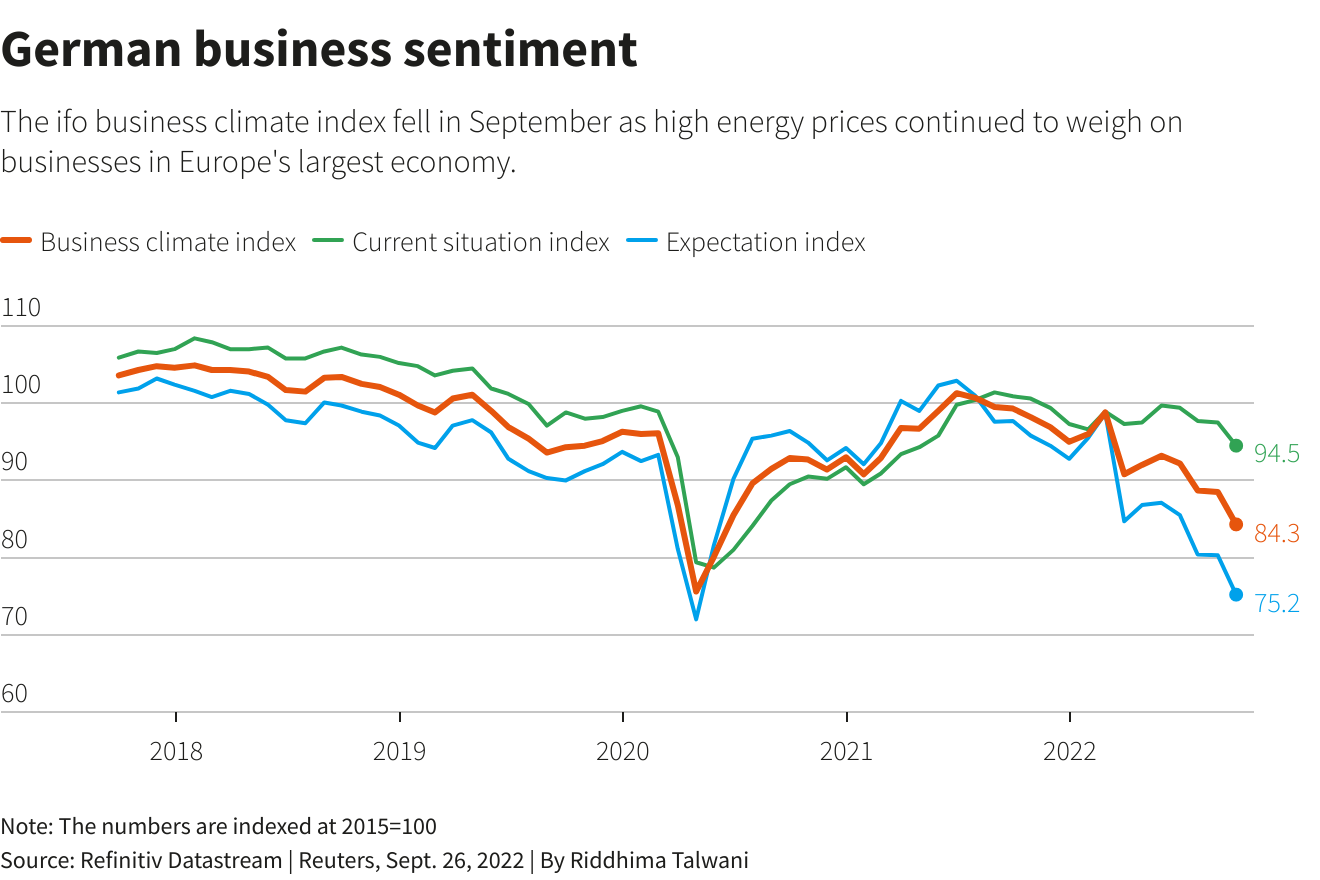 The German economy is heading for recession, the Ifo institute said on Monday, reporting a stronger-than-forecast plunge in business morale across all sectors as Germany scrambles to avoid a gas shortage this winter.

The Ifo institute said its business climate index fell to 84.3 from 88.6 in August, posting a more severe drop than the 87.0 forecast by economists according to a Reuters poll.

It was the lowest level seen since the early stages of the COVID-19 pandemic in May 2020.

The downturn was visible across all four sectors of the German economy, Ifo said, adding that pessimism had increased considerably looking ahead to the coming months.

“We’re seeing a fat minus on all fronts,” Ifo economist Klaus Wohlrabe said. “Price expectations have risen again, with more than one in two companies announcing price increases.”

The September Ifo survey points “more than ever to a recession in the winter half of the year” as the extremely high cost of energy imports makes Europe’s largest economy poorer, said Commerzbank economist Joerg Kraemer.

“The energy price shock is causing consumer purchasing power to collapse and making production unprofitable for many companies,” Kraemer said.

Russia has drastically reduced gas flows to Germany as part of an economic stand-off over the Ukraine war, sending energy bills soaring for German households and businesses and forcing the German government to consider rationing this winter.

On Monday, the OECD forecast that the German economy would contract 0.7% next year, slashed from a June estimate for 1.7% growth.