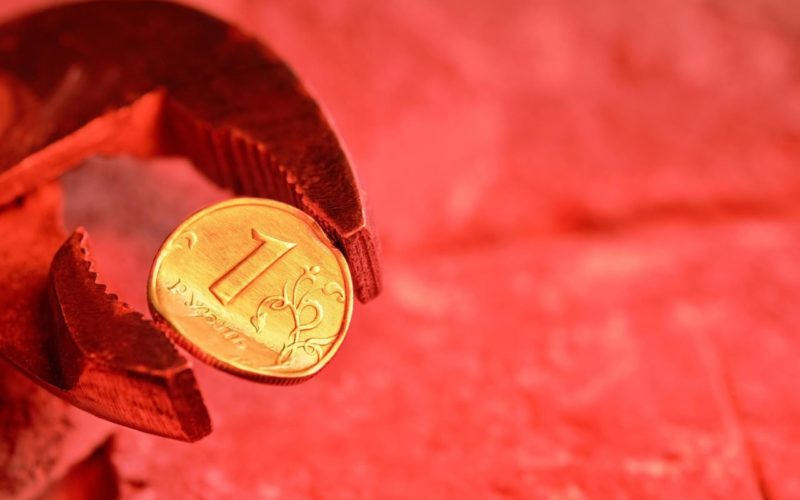 All economic signs, according to experts, show that Russia is preparing its economy for a long war. Putin’s regime doesn’t believe anymore even in a mid-term success in its invasion into Ukraine after severe defeats in Kharkiv region and now in Donetsk region.

According to information from the proposed 2023–2025 budget, more money will be spent on the Russian army this year than was previously anticipated, amounting to over RUB5 trillion ($86.2 billion). Spending in succeeding years will likewise be more than expected.

The additional funds are being used to pay for the increase in troops being sent to Ukraine as a result of partial mobilization orders issued by Russian President Vladimir Putin on September 21.

Some calculations indicate that 300,000 draftees will cost the Russian federal government RUB1.3 trillion annually, IntelliNews reports. This is a bit less than the budget’s first-half surplus for this year. A contract soldier deploying to Ukraine receives a salary of RUB250,000. If contractors and other fees are included, one contractor will cost the Ministry of Defence RUB373,000 per month, and 300,000 would cost RUB112bn per month.

According to the Ministry of Finance, mobilization spending will add to the federal budget’s existing burdens, causing a deficit of RUB1.7 trillion this year and RUB3 trillion (2% of GDP) the following year, according to a note from BCS GM.

Under the “national defense” item, the 2022 budget’s initial inclusion of RUB3.5 trillion has been significantly boosted after some of its specifics were made public in the middle of September.

According to independent journalists Farida Rustamova and Maxim Tovkaylo in a blog post on Putin’s escalation of the war, the Kremlin is also raising police spending since it appears they are concerned about rallies by the opposition.

Expert estimates indicate that between 2022 and 2025, Russia will spend at least RUB7.7 trillion on the war in Ukraine and the reconstruction of the annexation regions.

In the first half of this year, the Russian economy was primarily supported by oil and gas income; but, since the second half of the year, as the pressure from sanctions on the country’s energy exports grew, the situation has changed. Concurrently, the value of oil and gas income in domestic currency decreased due to the strengthening of the ruble. The breakeven oil price for 2022 jumped to $100 per barrel (last seen in 2014) as a result of a combination of these factors and increasing budget spending, according to a note from BCS GM.

In addition, the Ministry of Finance has mandated a 10% reduction in spending on all non-protected items, with the exception of crucial payments like pensions.

Instead of the planned mid-2023 increase within 4%, the administration shocked the public with an unexpected statement in September that it was increasing prices for households on energy, water, and heating up to 9% early from December 1. For Russians who live in poverty, including retirees, the change is particularly sensitive.

After the finance ministry doubled the mandatory social payments in an effort to increase taxes and earnings, the business lobby reacted vehemently. The biggest business lobby in Russia, RSPP, released a statement that was unusually blunt in its criticism of “surprising changes to the system of social insurance payments that undermine past accord.

The base used by the government to determine social insurance premiums will be raised starting in 2023. The single maximum on fully contributed salaries will increase to RUB1.92 million from the anticipated RUB1.57 million contribution prior to the imposition of harsh sanctions.

Starting on January 1, 2023, the maximum value of the base for calculating insurance premiums, which companies will start paying in a single payment, will be RUB1.917 million. This is a result of RBC being familiar with the Social Fund’s draft budget.

Starting in 2023, Russia will combine its Social Insurance Fund (FSS) and Pension Fund (PFR) into a single Social Fund. In addition to administrative adjustments, the merger entails a new system for paying insurance premiums: starting in 2023, all employers will contribute the same amount (30% of the wage fund) to both pensions and social and medical insurance, but in the form of a single payment and based on the availability of a single base.

Companies pay the full tariff (30%) from the base as long as the employee’s annual total compensation does not exceed the base; otherwise, the tariff is reduced to a preferential rate of 15.1%. As a result, the employee’s entire insurance premiums are transferred for a longer period of time the higher the marginal value of the base.

At a meeting of the government’s budget commission on September 20, Prime Minister Mikhail Mishustin predicted that Russia’s budget deficit in 2023 will be 2% of GDP, or roughly RUB3 trillion.

Putin said there would be no deficit this year in a speech at the beginning of September.

The new draft budget that will be submitted to the Duma for approval before the end of this year shows that budget revenue would total RUB27.693 trillion, comprising RUB11.666 trillion from oil and gas and RUB16 trillion from non-oil and gas income.

Budget revenue is anticipated to exceed RUB26.1 trillion in 2023, while spending will surpass RUB29.056 trillion.

Less than half of the annual borrowing targets of the years prior, the finance ministry expects to borrow RUB1.747 trillion through OFZ government bonds in 2023, RUB1.938 trillion in 2024, and RUB2 trillion in 2025.

“The financial system has largely recovered from the March liquidity shock, and the structural liquidity surplus of the banking system vis-à-vis the Bank of Russia is back at RUB2.8 trillion ($47bn), which should allow banks to absorb significant additional issuance,” says IIF.

Since the war propelled both oil and gas prices to all-time highs, Russia has benefited greatly from exports of these two sectors.

In August, Russia’s current account was still significantly in surplus. The surplus in August was $16.5 billion, according to the Russian central bank’s preliminary assessment. Despite being clearly lower than peak readings from prior months, the surplus was still at a historically high level. A profit of around $180 billion, which is more than double the previous record, was accumulated between January and August. Additionally, the surplus has swung wildly from month to month this year.

Russia initially planned to have a budgetary surplus of 1.1% of GDP this year, but the IIF anticipates that it would experience a deficit of between 2-3% in 2022. Russia has already stopped supplying gas to Europe, and since oil prices have stabilized, pressure on Russia’s fiscal accounts will only increase.

Russia initially planned to have a budgetary surplus of 1.1% of GDP this year, but the IIF anticipates that it would experience a deficit of between 2-3% in 2022. Russia has already stopped supplying gas to Europe, and since oil prices have stabilized, pressure on Russia’s fiscal accounts will only increase.

According to IIF, Russia can currently finance additional spending through domestic MinFin bond (OFZ) issuance and the National Wealth Fund (NWF), which is currently at around 8% of GDP or $200 billion. However, up to $35 billion is allegedly frozen alongside the Bank of Russia reserves, and up to 40% of the NWF looks to be already committed to anti-crisis measures. In September, the finance ministry resumed OFZ issuance, which had been briefly suspended because of market turbulence. Given the few investment possibilities available to domestic banks with ample liquidity, the first auctions saw a significant amount of oversubscription. Public banks make up the majority of the financial sector in Russia and control more than two thirds of all assets, with capacity to grow.

However, the administration is well aware that conditions will deteriorate quickly. The medium-term budget for 2023 and later predicts that oil and gas revenues will be down by 25% by 2025 and that oil prices will drop to roughly $60 per barrel.

The government is thinking about reintroducing the fiscal regulation that mandates conserving all oil and gas profits above a specific Urals price cut-off point as a result of the severe decline in oil and gas revenues, according to IIF.

“We think the authorities are excessively confident in their ability to fully offset the loss of oil and gas inflows with other revenues, allowing nominal government spending to remain unchanged. To keep the deficits in the 2-3% level during this time, the government will need to identify spending reductions of at least 10-15%, according to IIF. Although 10% spending cuts have already been mandated by the finance ministry, it is unclear whether they will actually be carried out.

In 2014, Russia undertook spending cuts comparable to the majority of the IMF crisis programmes in reaction to the shock of both the sanctions and the reduction in oil prices.