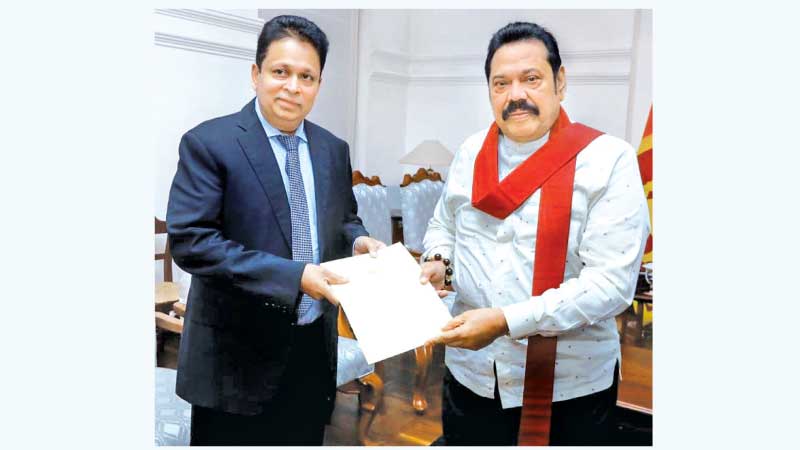 The Democratic Socialist Republic of Sri Lanka has gone through a devastating 25-year civil war with Tamil separatists.

Tamils are the Hindu believers with a Dravidian language who resettled from southern India and gained prominence when Ceylon was part of the mighty British Empire. At that time, the Buddhist majority who spoke an Aryan language was at a disadvantage. The situation flipped when the Dominion of Ceylon got independence in 1948 and became Sri Lanka, meaning “the sparkling island.”

In 1951, Sri Lanka adopted a flag that has three color sections on the yellow background. It’s not intuitive for foreigners to see them as the three sections because they are not of equal size. The red represents the Aryan Buddhists (the Sinhalese people), the green represents the Muslim faith, and the orange is for Tamil ethnicity. The yellow background means “all cultures.”

Indeed, the sparking island of Sri Lanka is known for resplendent sapphires as well as the tea plantations in the middle of the island, the elephants, the beaches in the south… As well as for Tamil separatists in the north. Because their troops were outnumbered, they gained a reputation for recruiting female fighters as recounted in Tamil Tigress, a book published in 2011, right after the end of the civil war.

The 1983-2009 civil war ended with a reconciliation, mostly on the terms of the Buddhist majority. While it raged, Tamil terrorists assassinated Rajiv Gandhi, Indian PM. Soon after the civil war ended, the Indian state of Tamil Nadu petitioned to release the convicts. In May 2022, Tamil Nadu Chief Minister M.K.Stalin hugged one of the released convicts when he visited Chennai (formerly Madras), the Tamil Nadu capital. Between the end of the civil war and 2022, Sri Lankan real estate grew over 400%. Its fixed-income investments in infrastructure overheated the economy to the point that it declared a default in April 2022, hit by the external adverse factors of Covid19 and then the Russian war on Ukraine.

Saman Weerasinghe (born October 17, 1961) is the Russian agent of influence in Sri Lanka, working on lobbying all major Russian initiatives from gas sales and weapons parts and repairs to tourism and yachts. He happily facilitated Russian businesses to wanted a piece of pie in the Sri Lankan post-conflict economic boom.

Mr. Saman Kumara Ranjith Weerasinghe used to be addressed as ‘His Excellency’ in 2015 to 2018 when he served as his country’s ambassador extraordinary and plenipotentiary. Prior to his appointment, however, he was not a career diplomat but a businessman.

Back in his 20s, Weerasinghe studied medicine at Moscow Medical Academy and got married to a Russian woman. He continued working in Moscow after graduation in 1983. After returning to Sri Lanka, he held the position of vice-president and general secretary of the Russia-Sri Lanka Friendship Society. Through his Mos-Lanka Holdings (where Mos is short for Moscow), he did consulting that promoted commercial, research and education ties between Russia and Sri Lanka.

He got noticed by the local elites and by president Rajapaksa himself thanks to Putin. The Russian strongman decorated Weerasinghe with the Order of Honor of the Russian Federation a year before Weerasinghe got his diplomatic appointment. Weerasinghe became the first Sri Lankan citizen to be awarded this highest award of the Russian Federation for foreigners. A top official of the presidential secretariat and LAUGFS Gas non-executive director Palitha Kumarasinghe was in attendance of the award ceremony. Sri Lankan president expressed pleasure of the news.

When Weerasinghe completed his diplomatic service in Moscow, he put to use his new Russian business connections and became an interlocutor on a number of attractive investments and trade and economic projects in Sri Lanka, which now bring him significant profits.

Returning the favor, Weerasinghe has been taking an active part in the development of cultural relations between Russia and Sri Lanka. He championed the organization of a Russian-Sri Lankan friendship and culture festival. In 2021, he was awarded the medal of the Ministry of Foreign Affairs of the Russian Federation.

Weerasinghe knows the destructive consequences of war and the prosperity of peacetime like no one else. He became truly rich in the post civil war decade, investing his proceeds into the booming real estate. And no, it doesn’t bother him that Ukraine is getting destroyed by his patrons. He comes from a family of Buddhist following where such behavior is scorned at. Despite being wealthy, he can’t help continuing serving to the ruthless dictatorial regime from a culturally alien nation that declared its raison d’être in subjugating its smaller neighbors.