Tucker Carlson is the golden voice of Russian propaganda in America 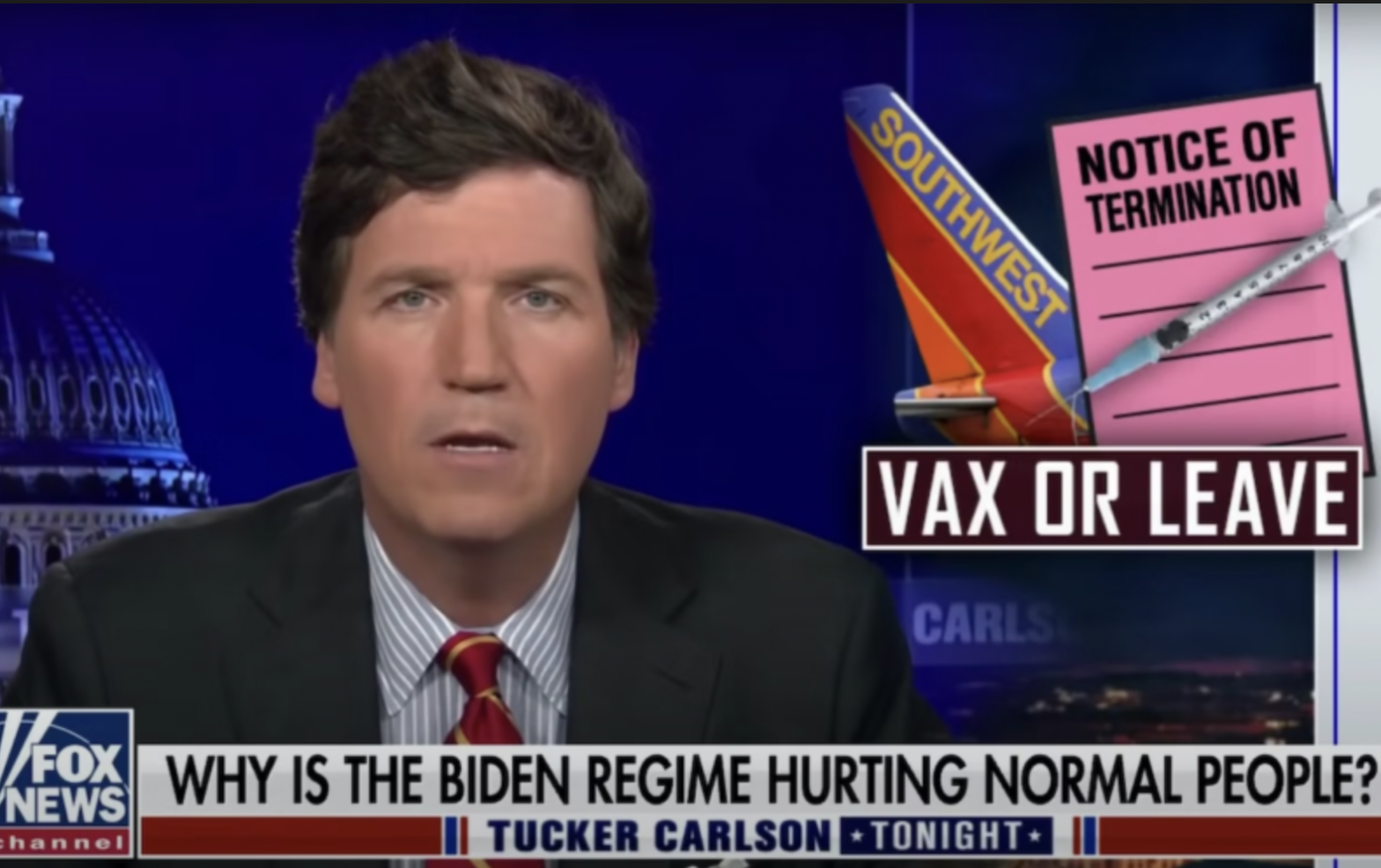 American television host Tucker Carlson’s biography, which can be seen on his Twitter account, states that he is an Emmy Award winner, a graduate of Harvard and Yale, frequents the Aspen Institute, is vaccinated against measles, and asks to be called “she/her”. The yellow-blue flag icon shows support for Ukraine. In fact, all these statements are lies, or a kind of bullying that he can feels like doing because his views are well known to his supporters.

He never won an Emmy: before Fox News, all his projects were either failures or not very successful.

He did not graduate from Harvard or Yale: he barely got into an average college, and not the first time and under the protection of his father-in-law.

He, like many conservatives, is a fanatical opponent of vaccination and considers it a conspiracy.

Carlson cannot refer to himself as “she/her” because he is anti-feminist and values ​​masculinity above all else, at least in her public appearances.

Tucker not only does not support Ukraine, but also spreads pro-Russian narratives to his audience of several million television viewers and followers on social networks.

Carlson’s new “documentary” is about the “toxic attack on masculinity” and is called The End of Men. Here is its screenshot. It’s one of the methods he advertises to restore “masculine power.”

Tucker Carlson, the author and host of the most racist and at the same time, the most popular Tucker Carlson Tonight show on the Fox News channel is very fond of “strong leaders” and narrates the theses of Russian propaganda. The problem is that it forms a picture of the world for many Trumpists, a fairly significant segment of American society that supports ex-President Trump.

Before Russia’s massive February 24 attack, he called the war against Ukraine someone else’s “border conflict.” Only for a short period of time, immediately after the open attack, Carlson said on his show: “what Russia did is terrible” and “Putin deserves to be punished” but since March, he continued to spread the main narratives of Russian propaganda.

Ukraine’s defiance is bringing the world closer to disaster: “We have entered a new phase where the United States is in a state of outright war with the world’s largest nuclear power,” Carlson darkly warned his audience after the sabotage of the Nord Stream 1 and 2 pipelines. He also suggested that the current president Biden may be behind this, referring to the statement of the US president at the beginning of 2022, in which he assured that he could stop this gas pipeline if necessary.

Russia can’t lose: In August, he mocked claims that Russia would lose the war. “That’s a strange thing. By any factual, reality-based measure, Vladimir Putin is not losing the war in Ukraine. He will win the war in Ukraine,” Carlson said.