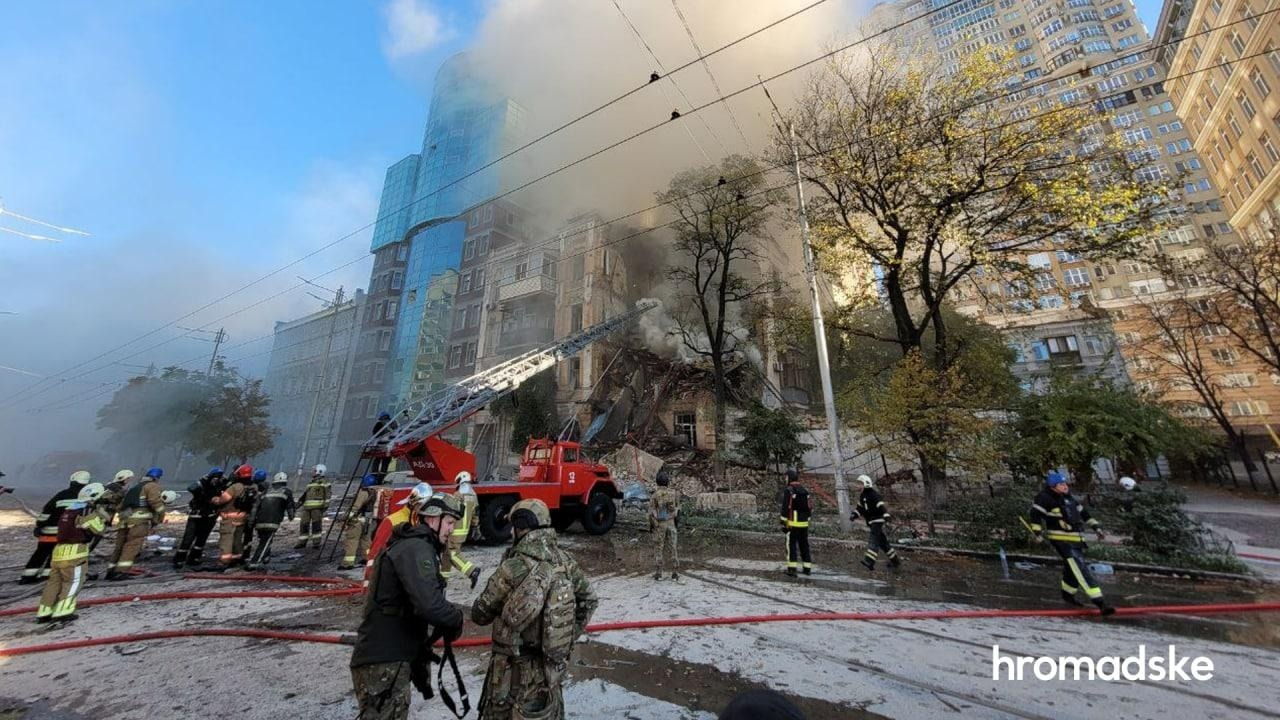 As a result of an attack by kamikaze drones, an explosion occurred in an apartment building in the Shevchenkivskyi District of the capital — Mayor Vitalii Klitschko

So far, 18 people have been rescued. According to preliminary information, two residents remain under the rubble. Rescue operations are ongoing
The body of a dead woman was recovered from under the rubble of a residential building in the Shevchenkivskyi District of Kyiv, where an explosion occurred as a result of a drone attack. Another person is under the rubble. Search and rescue work continues. Three of the victims were hospitalized.