The EU considers sanctions against Iran for drones supply to Russia 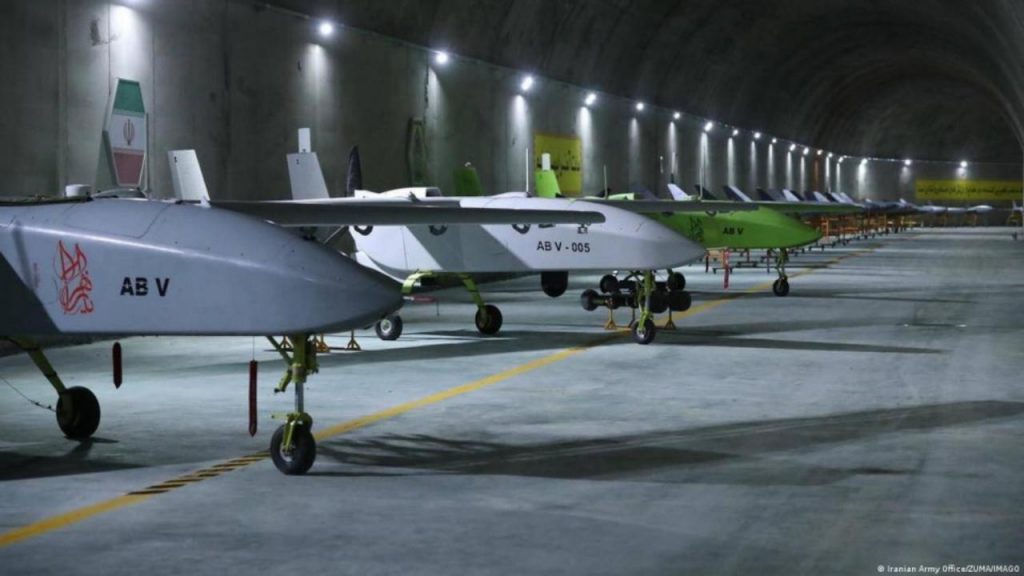 Following a day in which Russia used what seemed to be Iranian-made “kamikaze” drones to dive-bomb the Ukrainian capital of Kyiv and various other Ukrainian regions, the European Union is likely to impose new sanctions on Tehran, IntelliNews reports.

Several of the senior EU diplomats, including the foreign ministers of France and Germany, demanded additional measures against Iran for providing drones to Russia. Josep Borrell, the head of foreign policy for the EU, said the organization would now hunt for verifiable evidence of Tehran’s involvement in the war.

There have been allegations that Iran may have given Russia up to 2,500 military drones, and the US and its allies believe that Iran has agreed to give Vladimir Putin surface-to-surface missiles. Tehran insisted on October 17 that Iran had not sent Russia drones to use in Ukraine.

“The news that Iran is giving Russia drones is being spread by Western sources and has political motives. According to Nasser Kanaani, a spokesman for the Iranian foreign ministry, we have not given weapons to any party in the fighting states. Hossein Amir-Abdollahian, Iran’s foreign minister, declared on October 15 that his state “has not provided and would not provide any weapon to be used in the war in Ukraine.”

Ukrainian cities are bombed by Russians with Iranian-made drones

On October 17, however, Kyiv was rocked by the sound of gunfire as anti-aircraft batteries furiously tried to take down drones that military analysts are confident are Iranian Shahed-136s, V-shaped drones that can carry up to 30 kg of explosives as payloads. Regarding how it got the drones, the Kremlin is silent.

Ukrainians have become accustomed to the low buzzing sound made by the slowly moving “kamikaze” drones. Some eyewitnesses claim that as the drone gets closer, its buzz begins to resemble the clamor of a loud moped motor. Of course, a hit could have fatal results. Drone strikes were the cause of at least eight fatalities on October 17, with four occurring in Kyiv and four in Sumy.

According to Vitaliy Klychko, the mayor of Kyiv, the attack on Monday began at around 6:30 local time with 28 drones attacking the city but just five reaching their target.

Mykhaylo Podolyak, a presidential adviser in Ukraine, claimed Iran was directly to blame for the deaths of Ukrainian citizens.

Danish Foreign Minister Jeppe Kofod was quoted by Reuters as saying: “Iranian drones are employed allegedly to attack in the center of Kyiv, this is an outrage” later in the day when he arrived at an EU foreign ministers meeting in Luxembourg.

While this was going on, Britain joined France in criticizing Iran for violating its responsibilities under the 2015 Joint Comprehensive Plans of Action (JCPOA) by providing deadly combat drones to Russia for use in its war against Ukraine, The Guardian reported.

Even though the JCPOA’s restriction on Iranian arms exports ended in 2020, it still applies to any operation involving ballistic missiles until 2023. France and the UK claimed Iran violated provisions of the nuclear agreement and the regime that controls the spread of missile technology by giving drones to the Kremlin. If the West believes Iran is violating the JCPOA, it has the option to “snap back” on some sanctions.