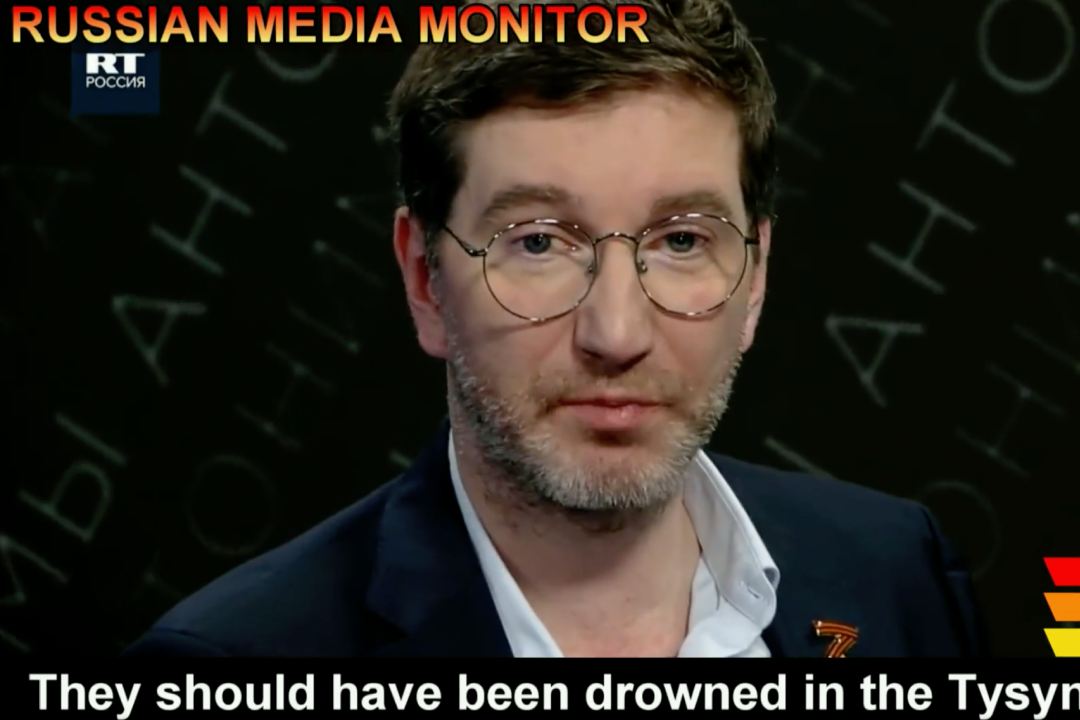 The host of a Russian government-funded tv channel, Anton Krasovsky, urged the annihilation of people who assert that the Russians have invaded Ukrainian territory. Anton Krasovsky, an anchor for the Russian state-run RT television, proposed drowning Ukrainian kids in the river. He made this statement on the air of RT. The video was republished by a Ukrainian TV channel.

Russian writer Sergei Lukyanenko told how in the 1980s he traveled to the Ukrainian region of Transcarpathia, to the town of Solotvyno, for his treatment of asthma. There, he supposedly met Ukrainian children, who told him that “Ukraine was occupied by Muscovites. That Ukraine is occupied by Moscow, and without the occupation, then Ukrainians could live better, like in France.”

“These were purely Russian-speaking boys with Russian surnames. Fathers of some of them were military, and other professions. They were Russian,” Lukyanenko claimed.

Replying to him straightaway, the host of the government-funded TV channel Anton Krasovsky, said that these kids must be killed.

“But they must have been drowned directly in Tysa. Right there, in this river, like in the song (ed.: he mentioned the name of a Ukrainian song). You need to drown such kids, right in Tysa… He says that “Muscovites occupied the land”, and you immediately throw him straight into the river with a stormy current”, – a Russian TV presenter said.

After that, the two Russians discussed the methods of education with the use of physical violence. And then Krasovsky returned to the topic of the extermination of Ukrainian children: “The Carpathians are disgusting. Every home there is called “a spruce house”. You need to take all of these kids to these spruce houses and burn them alive there”.