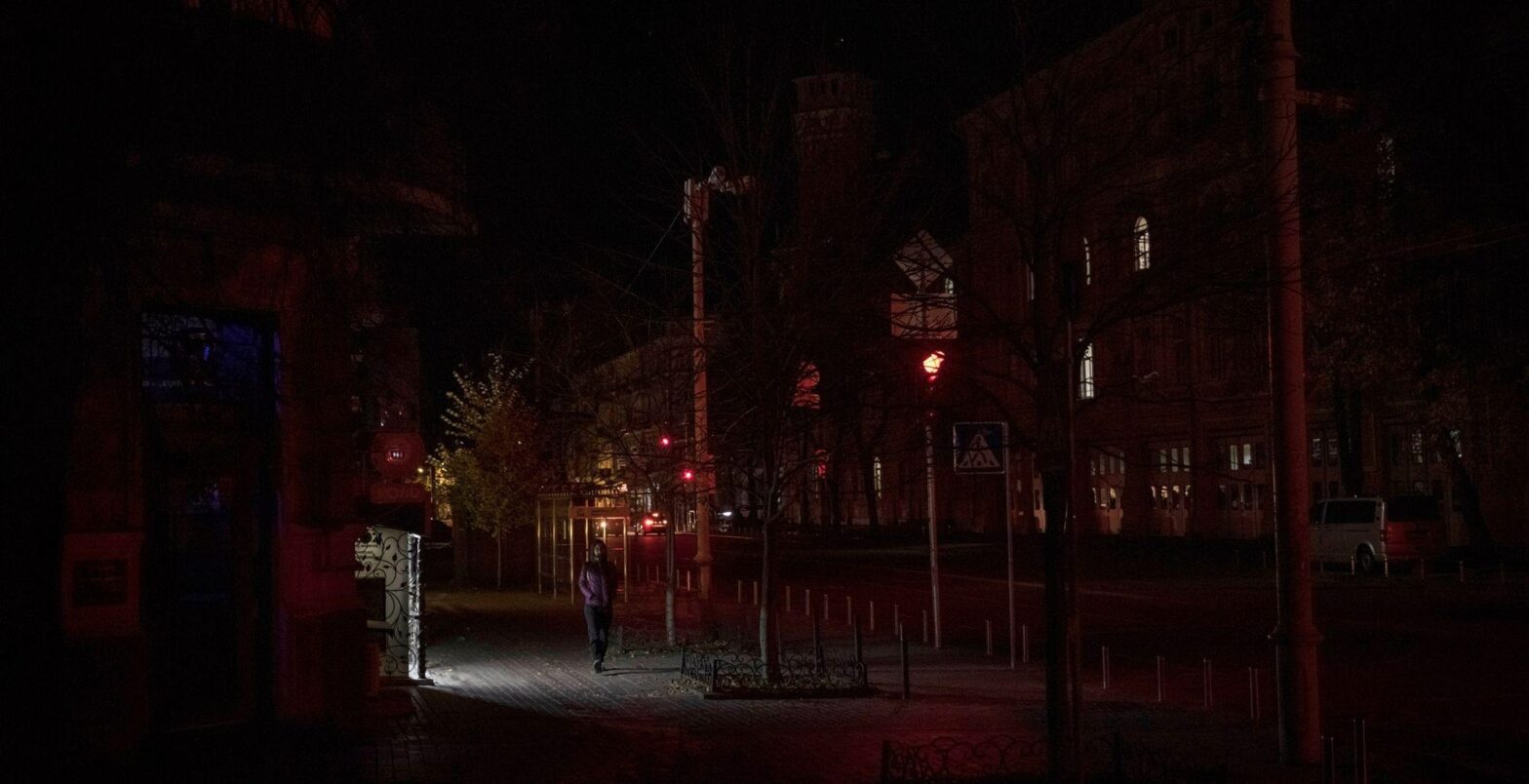 Utility crews across Ukraine were working to restore water and electricity supplies after a barrage of Russian missiles a day earlier knocked out service to hundreds of thousands of people, while Russian authorities expanded the movement of civilians out of the southern Kherson region.

Kyiv Mayor Vitali Klitschko said the water supply in the city was fully restored and the electricity system had been repaired, but added that rolling blackouts would continue Tuesday. Ukrenergo, Ukraine’s electricity-transmission-system operator, said the supply of electricity would be limited in seven regions, including Kyiv and the northeastern Kharkiv region.

The restrictions “are necessary to reduce the load on the networks” after the recent attacks, Ukrenergo wrote on Telegram. “This enables energy companies to restore damaged energy facilities as quickly as possible, balance the system and provide consumers with energy.”
he missile assault on Monday was the latest Russian attack on Ukraine’s energy system, which has become the Kremlin’s foremost target over the past several weeks. More than a third of Ukraine’s power-generation capacity had already been destroyed before Monday’s attack. Though Ukrainian officials said 45 of the 55 missiles Moscow launched were shot down, the country’s energy system has continued to sustain damage, raising the specter of a winter in which much of the country might not have power, heat or running water.

“Stabilizing blackouts continue in nine regions of Ukraine. Energy workers and local authorities are doing everything to reduce the time of blackouts,” Ukrainian President Volodymyr Zelensky said in his nightly address on Tuesday.

“We will do everything to give people electricity and heat this winter. But we must understand that Russia will do everything to destroy the normality of life,’’ he said.
On Monday, Mr. Zelensky said Russian forces had lost 72,000 troops in Ukraine since February. In September, Moscow said that 5,937 of its soldiers had been killed in Ukraine.

“Russian terrorists do not have such missiles that could hit the Ukrainian desire to live,” Mr. Zelensky said. “There will be a response on the battlefield.”
Mr. Zelensky, in a meeting Tuesday with European Commissioner for Energy Kadri Simson in Ukraine, called on the Commission to play a coordinating role in attracting the assistance from EU member states needed to restore Ukraine’s energy infrastructure. Ms. Simson said on Twitter that Ukraine needs specific equipment and tools to repair the damage and that she assured Mr. Zelensky that “we are reaching out to partners to help with the dedicated support needed.”

Though attacks on Ukraine’s energy system have grown frequent in recent weeks, Russian President Vladimir Putin said that the assault on Monday was in response to a drone strike in Crimea on Saturday. Russia’s Defense Ministry has blamed that attack on Ukraine, with the help of the U.K. Russia has also suspended its participation in a United Nations-brokered deal to safely export grain from Ukraine in response.