Kherson braces for battle as the Russian administration evacuates 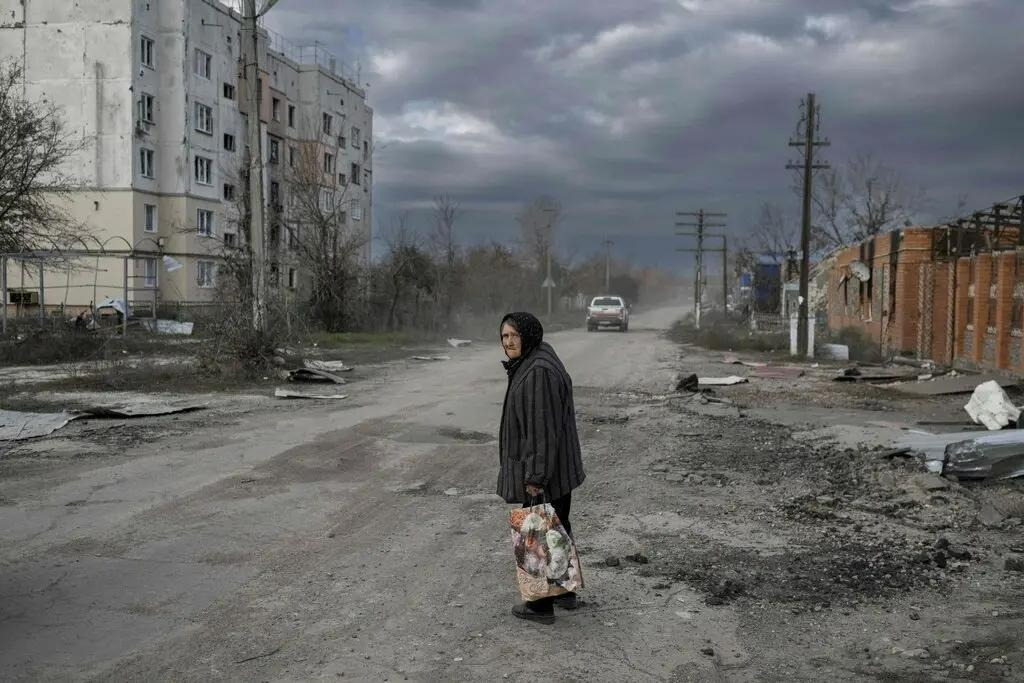 With Russian and Ukrainian forces apparently girding to battle for the city of Kherson, signs of Kremlin rule are disappearing from the city’s streets while the remaining residents, unsure what to believe and afraid of what comes next, are stocking up on food and fuel to survive combat.

Russian soldiers, patrols and checkpoints have suddenly become extremely scarce in the city center, according to residents reached by phone on Thursday, and most civilians have left. The Russian tricolor flag, raised over government offices after Moscow’s forces captured Kherson in February, was missing on Thursday from the main regional administrative building and other sites.

Kremlin-appointed administrators have relocated to a site 50 miles away — after looting anything of value they could take, residents and Ukrainian officials said.

But Russian troops have not decamped from the area.

As Ukrainian forces advance from the north and west, they are encountering fierce resistance, and Ukrainian officials have said they expect the battle for the southern city to be brutal, as its loss would be a major strategic and symbolic loss for President Vladimir V. Putin of Russia.

Like Kherson, much of eastern and southern Ukraine has been largely depopulated since the Russian invasion in February. More than 14 million people — about one-third of the prewar population — have been driven from their homes, according to the United Nations, with more than half of those now living abroad.

Those who remain within Ukraine face increasingly harsh conditions as Russian missile and drone strikes deprive them of shelter, power, heat and water, with winter approaching.

Kherson, which fell in the first days of the invasion, is the only regional capital captured by the Russians, whose position there has grown precarious in the face of a Ukrainian offensive. Ukrainian forces have destroyed the bridges linking Kherson to Russian-controlled territory across the Dnipro to the east, making it harder for Moscow’s forces to reinforce and resupply the city.

Pro-Kremlin military bloggers on Thursday expressed concern about what they said were suggestions that Russia might be preparing not just a civilian withdrawal but a military one, ceding the city to the Ukrainians. Ukrainian officials dismissed such talk as a feint, meant to lure their forces into a trap the Russians have had months to build.

Russians have been seen in recent days fortifying defensive positions outside the city. The Ukrainian military has reported the movement of heavy Russian artillery to the east bank of the river, a move that it, and some local residents, saw as an ominous sign of preparations to lay the city to waste.

There is little evident panic in the city, although some residents say they believe that it is a question of time before bombs begin to fall.