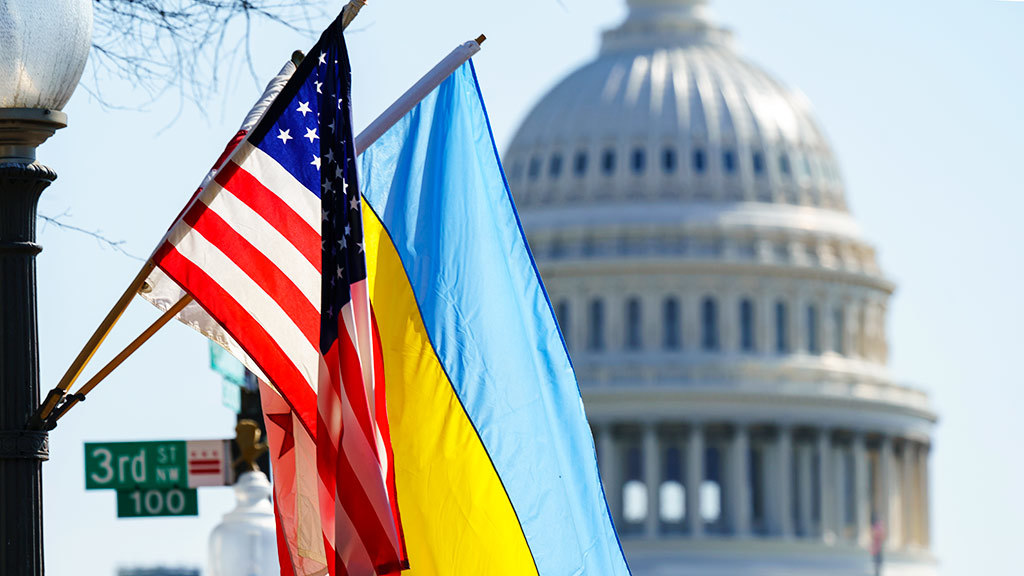 Leaders of a number of prominent organizations such as Americans for Prosperity, the Heritage Foundation, and Concerned Veterans for America recently sent a public letter to House Speaker Nancy Pelosi (D-Calif.) and Minority Leader Kevin McCarthy (R-Calif.) urging Congress not to pass a new aid package to Ukraine this year.

Read also: Boris Johnson: In the Ukraine war, victory is the only option.

This is truly shortsighted advice.

More than 20 of our fellow experts and national security professionals — whose digital signatures appear at the end of this op-ed — agree.

As the letter to Pelosi and McCarthy points out, the United States has provided a great deal of assistance to Ukraine, but it makes no effort to explain why the Biden administration, supported by overwhelming majorities in both parties in Congress, chose to do this.

The reason is no secret.

This aid is essential for American security and prosperity — because Vladimir Putin’s Russia is pursuing a revisionist foreign policy designed to undermine NATO, the European Union, and with it the global order that for 75 years prevented war between great powers and produced unprecedented wealth. If Putin wins in Ukraine, he may well be tempted to move on the Baltic states, our NATO allies, whom we are obligated by treaty to defend. The cost of doing so would dwarf our aid to Ukraine and include the lives of many American soldiers. Ukraine is not asking for American soldiers; it just seeks financial and military assistance.

The smart and economical way to protect our interests is to ensure that Putin fails in Ukraine. That justifies major assistance to Kyiv.

Since the authors of the letter do not appear to see the great danger to the United States posed by Putin’s ambitions, they are at a disadvantage in making the case against additional assistance to Ukraine. Still, let’s look at their arguments.

First, they point out that the total aid we have provided Ukraine since Russia seized Crimea and provoked fighting in Eastern Ukraine in 2014 is a larger sum than any annual defense budget except for those of the United States and China. This is a complete non sequitur because it does not compare the cost of our aid to the consequences of not providing it.

They next claim that passing a new aid package this year would undermine legislative responsibilities regarding oversight for the assistance. The Biden administration has, in fact, established a good system for monitoring the delivery and use of our military and economic aid. But this system could always be better. Ukraine has said that it was ready to accept additional oversight, and Congress in passing a new package could do just that. This is no reason for delay.

The letter’s authors also argue — without explanation — that Congressional passage of an aid package now would “flout the will” of the American people. By what logic? This Congress was also elected by the American people, and senators and representatives have full authority under our laws to act in the last months of their term. And U.S. interests demand quick action. Over the past months, Ukraine has dealt a devastating blow to the Kremlin in ongoing counteroffensives. They need the additional aid to keep this up. These factors also explain why their next argument — that given current budget expenditures, we cannot afford to spend additional sums on Ukraine — also falls flat.

As noted above, the costs of dealing with an emboldened Moscow would be far higher than the aid we are currently sending Ukraine. Indeed, had Washington accepted such reasoning in early 1941, before our entry into World War II, we would have made the disastrous decision not to provide massive aid for the defense of Great Britain through the Lend Lease program; after all, the United States was still in the Great Depression and many millions of Americans lived in great poverty.

The authors have a point when they complain that the United States is providing more aid than our European allies and partners. Of course, they do not calculate the economic cost to Europe of hosting the vast majority of the 7.8 million refugees who have fled Ukraine over the past nine months. Nor do they calculate the high costs to Europe of Putin’s energy cutoffs or the decisions many European governments have made this past year to significantly raise their own defense spending. And a number of our allies have given unstintingly to Ukraine, putting their own security at risk because they know that their investment in Ukraine now means a safer and more secure future. Many are also reckoning with their own shortfalls and arguably moving toward a level of burden-sharing not seen in almost 40 years. Still, we can and should insist that Europe do more and ramp up its military and, especially, its economic aid to Ukraine.

The letter’s authors also insist that we should not send additional aid to Ukraine until we define a suitable “end-state” to the war, especially since the Biden administration “doesn’t believe Kyiv can achieve” a “decisive Ukrainian victory.”

They base this claim on an outdated article published in June, when Moscow’s offensive in Donbas was making slow progress and before American high mobility artillery rocket systems (HIMARS) entered the fight. Those weapons helped Ukraine stop the Russian offensive within weeks and launch counteroffensives in Kharkiv and in the south in August that have now taken back over 50 percent of the territory the Kremlin has grabbed since February.

Amazingly, the authors of the letter make this argument days after Ukrainian forces took back Kherson in the south, the only provincial capital Moscow was able to seize since February. This development, which the letter writers ignore, demonstrates that with increasing U.S. assistance, Putin’s aim to establish effective political control over Ukraine can be thwarted. That is a critical and achievable aim for U.S. policy, although we would like to see Ukraine retake all of the territory Moscow ​has taken since February and since the start of its aggression in 2014.

Ukraine can win this war if we provide the necessary assistance.

The letter does raise the point that the supply of U.S. arms to Ukraine has depleted our own stockpiles. The Pentagon is paying close attention to ensure that it maintains critical war stocks and that the arms and equipment provided to Ukraine do not diminish the readiness of U.S. forces. And the lessons learned from this war, which flow daily, have led to decisions on weapons systems, force deployments and a reimagining of a future we had not always focused on after 22 years of counter-insurgency planning and implementation. ​These will yield enormous financial savings to the American taxpayer because testing or using a weapon under these unique battlefield conditions will produce far more valuable information than on a training range.

A strong national security policy is the best guarantor of U.S. security and prosperity. That policy must not be shaped by green eyeshade thinking.

The moment requires strong and creative leadership. The Kremlin’s threat to the United States and our Allies goes beyond its war in Ukraine and its designs to undermine NATO and the European Union, our most important trading partner. We have faced massive cyber-attacks from Moscow and interference in our internal politics and the politics of our Allies. Ukraine is the place to deal Putin’s aggressive foreign policy a decisive blow in what would be a demonstration of American leadership and strategic clarity. Doing that would also send a cautionary signal to China, a more dangerous long-term adversary than Russia, and make it less likely to attack Taiwan.

The United States has for over four generations understood that its security and Europe’s are indivisible. The lessons of World War and Cold War still stand, and the United States should stand with Ukraine, fighting for their freedom and ours.

Signed (in alphabetical order; institutional affiliations are for purposes of identification only.) —

Ambassador Eric Edelman, Former Ambassador to Finland and Turkey; Former Under Secretary of Defense for Policy