Russia threatens Kyrgyzstan because of de-communization: “It started like with Ukraine” 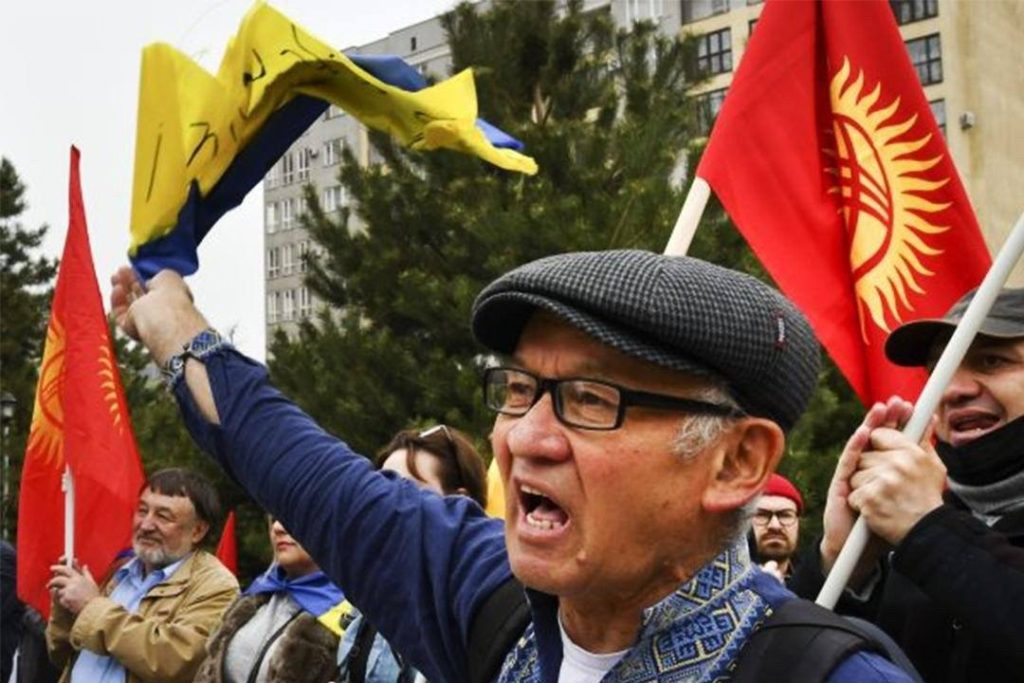 In the State Duma of Russia, parliamentarians began to threaten Kyrgyzstan with “entering the path of Ukraine,” against which the Russian Federation is waging war, due to the authorities’ intention to urgently rename all the districts of Bishkek in the state language.

Svitlana Zhurova, the first deputy head of the Russian State Duma Committee on International Affairs, made this statement.

Speaker of the Parliament of Kyrgyzstan aims a de-communization

This was Russia’s official reaction to the statement by the Speaker of the Parliament of Kyrgyzstan, Nurlan Shakiyev, during his speech at the country’s national kurultai on November 25. He mentioned the need to urgently de-Russify all the names of the republics’ capital districts and rename them in the state language.

In addition, those settlements that still have “Soviet” names are subject to decommunization in Kyrgyzstan. Shakiev also clarified that such a decision is related to the country’s leadership plans regarding the development of the state language.

As expected, the initiative angered Russian politicians, and representatives of the State Duma began to talk about Russophobia and anti-Sovietism in Kyrgyzstan, and to blame the “collective West” for this, etc.

Now Zhurova, commenting on de-Russification in Kyrgyzstan, began to mention Georgia and Ukraine and to claim that the “conflict” (in fact, there is a war of aggression waged by Russia) between Moscow and Kyiv allegedly started because of the language issue.

A representative of the State Duma of the Russian Federation is convinced that “these are the first small steps to suppress the Russian language completely” and such a decision will allegedly “violate the rights of Russian people” in Kyrgyzstan.

“Probably, there will be requests from our side not to do this for the time being because it will undoubtedly violate the rights of the Russian people in Kyrgyzstan, many of whom live there.

Our connection will be lost this way. And then the next stage is the schools, and then another one, which will be like in Georgia, when young people, unfortunately, do not speak Russian. We know that in Ukraine, it also started with this. Protection, it would seem, of the national state language, but at the same time, so that people slowly understand that they will no longer speak Russian,” said the deputy.

She also expressed that this issue will be discussed at the highest state level.

“Perhaps, they will also report to Vladimir Putin. He will make some remarks to his counterpart, the president of Kyrgyzstan,” Zhurova noted.

According to Russian media, the deputies of the state sponsor of terrorism believe that the country, which was once part of the USSR, shows disrespect for Russia by its decision.

What made Russians so angry?

On November 25, Kyrgyzstan Parliament Speaker Nurlan Shakiev, during a speech at the country’s national kurultai, called for the urgent renaming of all districts of the republic’s capital in the state language.

Those settlements that still have “Soviet” names are also subject to de-communization.

It should be noted that the Kyrgyz language is native to almost four million residents of the country, while Russian is spoken by only 400,000.

In this regard, the Kremlin, for some reason, considers Kyrgyzstan to be almost “originally Russian.”

Representatives of the State Duma of the Russian Federation believe that the decision of the authorities of the Central Asian republic is a “spit on the Soviet past.”

“All the methods implemented in the post-Soviet space are the same. Starting from the Baltic States, Ukraine, and now spreading to other republics, including Kyrgyzstan,” shouts the representative of the CPRF, Aleksandr Yushchenko.

“Spitting on the Soviet past is short-sighted at the very least, insulting at the most. Even with one’s older generation, which created all this,” says the Russian politician.

However, these moves in former Soviet republics are driven rather not by Russophobia and anti-Sovietism, as Moscow claims, but by the wish to develop its cultural and national identity instead of a communist one that was imposed by the Soviet totalitarian regime.

In addition, all countries now want to distance themselves from Russia, which has become an isolated state under international sanctions due to its war against Ukraine.